Medawar's dictum on endocrine evolution: a case of mistaken identity? 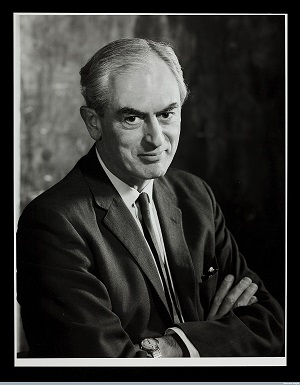 Sir Peter Medawar OM FRS (1915–1987) is best remembered for his Nobel prize-winning discovery of acquired immunological tolerance and for bringing to the attention of scientists the empirical falsification philosophy of Sir Karl Popper CH FRS (1902–1994). However, he also considered the endocrine system and produced the famous dictum: ‘For “endocrine evolution” is not an evolution of hormones but an evolution of the use to which they are put.’

Comparative endocrinology was a major area of research in the decades after the Second World War. The main questions being asked were:

1. how do endocrine organs differ

2. which hormones are produced?

3. what are the effects of hormones in physiological processes in different animals?

Medawar’s dictum appeared in a paper on viviparity at a meeting on evolution at Oxford in July 1952 (published in 1953).1 Medawar built his argument as he considered the role of the endocrine system in viviparity and the inherent immunological problem of gestation. Earlier in the paper, Medawar wrote: ‘Not even the possession of “prolactin” then can be said to be distinctive of mammals; what is distinctive of mammals is the evolution of a new mode of tissue response to hormones of a category already in being. In discussing the comparative endocrinology of the adrenal gland it will be urged that this is a generally applicable rule.’

But was Medawar’s realisation in 1952 an original one? The notion that Frederick Lee Hisaw (1891–1972) of Harvard (Cambridge, MA, USA), the discoverer of relaxin, had the idea first has gained credence to an extent such that the dictum is either ascribed to both Medawar and Hisaw or even just to Hisaw.

Ian Chester Jones (1916–1996), the leading but ultimately under-rewarded driver of comparative endocrinology in the UK, first in Liverpool and then in Sheffield, wrote in his 1976 Dale Medal Lecture to this Society:2

'Jimmie Dodd reported to Medawar, "Your now famous 1953 dictum was frequently mentioned at the symposium." However, Medawar's anme did not appear in any of the lists of references appended to the 43 papers when they were published.'

‘Geschwind (1967) found some value in the dictum which he quoted without reference. Perhaps rightly so, as it is, in a sense, part of the folklore of endocrinology. In a discussion at the 3rd International Symposium of Comparative Endocrinology in 1961 at Oiso, Japan, I declared the aphorism and with some degree of national pride. However, I ran into trouble as Carroll Williams [Carroll Milton Williams, 1916–1991, the first to isolate insect juvenile hormone and ecdysone] said Medawar must have picked it up at Harvard as it tripped lightly off Fred Hisaw’s tongue many a long year before...’

My interest was evoked when I put up a slide of Medawar’s dictum at a lecture I gave in 1998. Attribution of it to Hisaw was raised and so I looked at all the papers written by Hisaw before Medawar’s talk in 1952. I found nothing. Thanks to the Wellcome Trust, Medawar’s correspondence is online3 (including that with Hisaw) and it is quite clear that Medawar regarded his dictum as his and his alone. In a letter to James Munro ‘Jimmie’ Dodd FRS (1915–1986), of hypothalamo-pituitary axis fame, he referred to it as ‘my impertinent generalisation’.

The reason why Medawar was writing to Dodd was to get sight of some of the papers given at the second symposium on comparative endocrinology held at Cold Spring Harbor (NY, USA) in 1958. Jimmie Dodd reported to Medawar, ‘Your now famous 1953 dictum was frequently mentioned at the symposium.’ However, Medawar’s name did not appear in any of the lists of references appended to the 43 papers when they were published.

It is in Hisaw’s paper at that meeting that I see the basis for the confusion between Medawar and Hisaw, and even attribution to Hisaw. The paper ends: ‘…to the generalization which states in effect that it is not hormones which have evolved but the uses to which they are put.’ Note the italics here indicating a quotation.

Medawar’s words were, for comparison, ‘For “endocrine evolution” is not an evolution of hormones but an evolution of the use to which they are put.’ It is clear that Hisaw was quoting Medawar without mentioning him by name in the text or giving any form of reference to the quotation.

It is not then, perhaps, surprising that those following took Hisaw’s words, in italics but in fact a partial paraphrase of Medawar’s, to mean that he, Hisaw, had come up with the idea rather than, or as well as, Medawar. But Hisaw in that paper was actually disagreeing with the dictum! Later, according to a biography of Hisaw, he did develop the idea in relation to oestrogens in invertebrates, but that was in the 1960s, a decade after Medawar.

There are other twists in this story which space does not permit me to expand upon. However, the currently available evidence indicates that Medawar’s famous dictum was Medawar’s and his alone.

Malcolm Peaker FRS was Director of the Hannah Research Institute until he retired in 2003.