The Career Skills series took place throughout the year of 2021. You can now stream the session on demand within the Members' Area.

If you are not a member of the Society and wish to access the webinar series, you can apply for membership here.

Webinars that have taken place and that are now available to stream within the Member's Area:

Attendees will gain a unique insight on how to engage with the media and the general public as our speakers and Expert Panel will be sharing invaluable tips and strategies. Learn how to communicate science in layman's terms and take away successful communication skills for different audiences.

Part 2 - How to create a successful public engagement project

Both talks will be followed by an Expert Panel discussion and live Q&A. 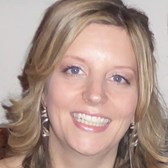 Dr Ali Abbara is an NIHR Clinician Scientist / Clinical Senior Lecturer / Honorary Consultant in Endocrinology at Imperial College London. He graduated with honours from St Bartholomews’ and the Royal London medical school in 2004. Following an NIHR Academic Clinical Fellowship, he completed a PhD in Reproductive Neuroendocrinology in 2014 supported by a ‘Wellcome Trust Clinical Training Fellowship’. After an NIHR Academic Clinical Lectureship, he received an ‘Imperial Post-doctoral Post-CCT Researcher Fellowship’ and later an ‘NIHR Clinician Scientist Award’ to continue researching clinical applications of hypothalamic neuropeptides. In 2019, he received a ‘Society for Endocrinology Leadership and Development Award’. Dr Abbara is a member of the Society for Endocrinology’s Public Engagement Committee.

Dr Channa Jayasena is a Reader and Consultant in Reproductive Endocrinology and Andrology at Imperial College and Hammersmith Hospital, London. Dr Jayasena qualified in medicine at Cambridge University, after which he undertook specialist training in Endocrinology and Diabetes in London. He performed research at Imperial College as a Wellcome Trust Clinical Research Training Fellow and subsequently NIHR Clinical Lecturer. Dr Jayasena has national expertise in the treatment of reproductive disorders. He is currently Clinical Lead for Male Infertility / Andrology at Hammersmith Hospital. Dr Jayasena is also Chair of the Society for Endocrinology’s Public Engagement Committee and has much experience with liaising with the media. 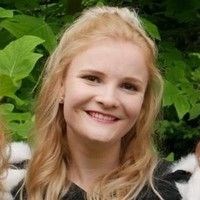 Ms Hannah Taylor Lewis is a press officer at the Science Media Centre - an independent press office helping ensure that the public has access to the best scientific evidence and expertise through the news media when science hits the headlines. Hannah joined the SMC in January 2019 as a press officer. She graduated from the University of Cambridge with a degree in Natural Sciences in 2016 and has previously worked in the press offices of the Natural History Museum and the academic publisher Springer Nature. 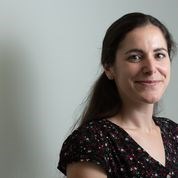 Dr Lorna C. Gilligan is dedicated to translational scientific research and applying mass spectrometry to elucidate metabolic pathway changes in health and disease. She joined the Steroid Metabolome Analysis Core (SMAC) team in 2016 taking over the running of the GC-MS facility. She also develops novel and high-throughput LC-MS/MS assays for her specialist areas of interest, which are conjugated steroids and cardiotonic steroids.
Lorna obtained a BMedSci in Physiology (2007) followed by an MBChB (2009) in Glasgow, where she stayed to complete her medical foundation training. Wanting to pursue a career in research, she moved to the University of Birmingham achieving an MRes (2012) and graduating with a PhD in oestrogen metabolism and colorectal cancer in 2017. Dr Gilligan is a member of the Society for Endocrinology’s Public Engagement Committee and has been a successful recipient of the Society’s Public Engagement Grant. 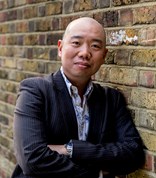 Dr Giles Yeo (Cambridge) got his PhD from the University of Cambridge in 1998, after which he joined the lab of Prof Sir Stephen O’Rahilly, working on the genetics of severe human obesity. Giles Yeo is now a programme leader at the MRC Metabolic Diseases Unit in Cambridge and his research currently focuses on the influence of genes on feeding behaviour & body weight. In addition, he is a graduate tutor and fellow of Wolfson College, and Honorary President of the British Dietetic Association. Giles is also a broadcaster and author, presenting science documentaries for the BBC, and hosts a podcast called ‘Dr Giles Yeo Chews The Fat’. His first book ‘Gene Eating’ was published in December 2018, and his second book ‘Why Calories Don’t Count’ came out in June 2021. Giles was appointed an MBE in the Queen’s 2020 birthday honours for services to ‘Research, Communication and Engagement’.

Chris McCabe is Professor of Molecular Endocrinology at the University of Birmingham, a Deputy Director of the IMSR and Theme Lead for Endocrinology. The research of the McCabe group focuses on proto-oncogenes in thyroid and breast cancers, mechanisms of aneuploidy and genetic instability, and the action of the sodium iodide symporter NIS in thyroid and breast tumours.

The McCabe group currently holds funding from numerous funders including the Medical Research Council, NIHR and the Department of Defense. Members of the group include a Consultant Clinician, a Clinical Lecturer, an MRC Senior Research Fellow, 4 PhD students, and an MRC technician. He has published extensively, winning several journal awards.

Chris was until recently Chair of the Wellcome Trust Basic Science Interview Committee (BSIC), and before that served for several years as a panel member of BSIC as well as being co-opted onto the Wellcome Clinical Committee. He served on the Health Research Board of Ireland and was Chair of the Science Committee, and previously the Programme Committee, for the Society for Endocrinology. He is an Associate Editor of Endocrine-Related Cancer, and a member of multiple national and international committees including the American Thyroid Association POC, the International Congress for Endocrinology POC and the Science Committee of the European Society for Endocrinology.

Ruth Andrew holds a Chair in Pharmaceutical Endocrinology at the University of Edinburgh and directs the Clinical Research Facility Mass Spectrometry Core. After qualifying as a pharmacist in 1990, she studied for a PhD in the field of pharmaceutical analysis, using gas chromatography-mass spectrometry as an approach to profile catecholamines in hypertension. In 1994, she joined the Endocrinology Unit at the University of Edinburgh to develop further interests in mass spectrometry and establish its use in steroid profiling in cardiovascular disease. Since then Ruth has investigated the regulation of glucocorticoid metabolism and her group has focussed on the role of hepatic 5α-reductase in diabetes and in dynamic methods to quantify these metabolic pathways in vivo using stable isotope tracers. She leads a team specialising in small molecule quantitative analysis in support of translational medicine. She takes an active role in teaching both Honours students (Endocrine Physiology and Pharmacology, Clinical Biochemistry) and post-graduate students. Ruth contributes to University governance through acting on the University Post-graduate appeals committee. She is a Council and Committee member of the Society for Endocrinology as well as General Secretary elect. She acts on grant panels for the Chief Scientist Office, FWO (Flanders), and the Commonwealth Commission and is a Reviews Editor for the British Journal of Pharmacology, a Specialty Chief Editor for Systems Endocrinology (Frontiers in Endocrinology) and an Associate Editor with Talanta.

Wiebke Arlt is the William Withering Chair of Medicine and Director of the Institute of Metabolism and Systems Research (IMSR) at the University of Birmingham and Honorary Consultant Endocrinologist at the Queen Elizabeth Hospital Birmingham. She graduated from the University of Cologne Medical School in 1990, obtained an MD in Endocrinology from the University of Cologne in 1993, followed by clinical and postdoctoral research training at the University of Würzburg, Germany, and the University of California at San Francisco, CA, USA. She joined the University of Birmingham as a visiting clinician-scientist in 2002 with a DFG Heisenberg Senior Fellowship and then settled permanently after obtaining an MRC Senior Clinical Fellowship in 2004. Her group works on steroid metabolism and action in human disease; major translational focus areas are adrenal tumours and female androgen excess and their respective impact on metabolic dysfunction. Wiebke has served on grant panels of the MRC (Population & Systems Medicine Board; Experimental Medicine Board; Clinical Fellowship Panel) and the Wellcome Trust (Expert Review Group Physiology in Health and Disease; Science Interview Panel). She served as the Chair of the Academy of Medical Sciences Starter Grant Panel and is the incoming Chair of the BHF Fellowship Committee.

Jeremy Tomlinson is a Professor of Metabolic endocrinology and consultant endocrinologist based at Oxford Centre for Diabetes, Endocrinology & Metabolism, University of Oxford. He graduated from the University of Oxford Medical School in 1995, having previously completed his undergraduate degree at the University of Cambridge. He embarked upon a career in Diabetes and Endocrinology and secured an MRC Clinical Training Fellowship in 2000 and obtained his PhD from the University of Birmingham studying steroid metabolism and human obesity in 2003. Subsequently, he obtained fellowships from the Wellcome Trust and most recently an MRC senior clinical fellowship investigating the pathogenesis of human obesity and insulin resistance. His research investigates the pathogenesis of human obesity, insulin resistance and non-alcoholic fatty liver disease (NAFLD) as well as exploring steroid hormone metabolism and its consequences. He is actively involved in grant reviewing (including Wellcome, NIHR, MRC, BHF) as well as interview panels for clinical and non-clinical fellowships. He is also a member of the SfE Leadership & Development awards panel. He sits on international grant review boards and is currently a member of the MRC Populations & Systems Medicine Board (PSMB).