All you need is endocrinology? 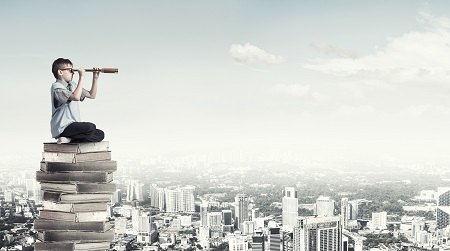 It was once possible for a scientist to know pretty much everything. In the 18th and 19th centuries, science was largely a niche concern for amateur gentlemen of independent means, who were attracted to such a career by the unprecedented opportunities to brood moodily over exotic looking glassware, reanimate frogs, and establish the laws at the heart of existence.

Though you might have needed patience to source particular texts (the search engines of the day were more prone to bugs), you could feasibly read almost everything that was published across all disciplines. Darwin notoriously read widely, including virtually all of the works of natural history of renoun that were published before and during his lifetime (with the notable exception of a particular Austrian monk’s work on peas, though the pertinent editions of Verhandlungen des naturforschenden Vereins Brünn were no doubt next on his ‘must read’ list).

Since then, science has dramatically expanded and, with this expansion, it has fragmented into hundreds of subspecialties. Such specialisation raises problems. Multidisciplinary projects are encouraged, but can founder on misunderstandings and miscommunication; in some fields, even understanding the important questions requires significant specialist training. The rate at which new findings airily wash into our inboxes can be overwhelming.

Science has also professionalised, and most academic positions come with significant responsibilities beyond conducting research.

During busy periods, it can be difficult keeping up with the work in our own particular areas of interest, let alone endocrinology as a whole. Following even just the headline developments in other fields of biomedicine can be tough, and it is difficult to appreciate the relevance of new findings in maths, chemistry or physics. The theme of this issue of The Endocrinologist is ‘endocrinology at the centre of everything’, and certainly endocrinology is a large and intersection grabbing circle in the Venn diagram of biomedical science, well placed to facilitate interactions between different areas of physiology. Hormones affect every organ in the body, and are released from nearly as many. But influence works in both directions, and ideas from other disciplines can offer insights into one’s own.

‘Following even just the headline developments in other fields of biomedicine can be tough, and it is difficult to appreciate the relevance of new findings in maths, chemistry or physics’

It becomes easy to think of reading as an ‘extra’ we carry out in the interstices within our real work. When time is short, we may concentrate on keeping up with incremental findings in our specialities, rather than big discoveries in other fields. It’s taken for granted that Darwin’s breadth of reading allowed his thinking to be shaped by influences such as the geologists Lyell and Hutton and the economist Malthus. But we perhaps underestimate what a commitment this took. Darwin’s notebooks and reading lists show how reading was a major component of his scientific work, as important to his findings as his experiments and voyages of discovery, and one which required significant effort.

Alas, I suspect that I have other intrinsic limitations which prevent me from coming up with ideas as good as, say, evolution by natural selection. Nevertheless, to better realise the importance of endocrinology, we perhaps need to put aside the time to learn about other subjects. For example, the 2 hours a week I spend complaining about how busy I am could be usefully repurposed.

‘And what should they know of endocrinology, who only endocrinology know?’ as I believe Bayliss, or perhaps Starling, once said…

To get in touch with the Society’s Committees, email members@endocrinology.org