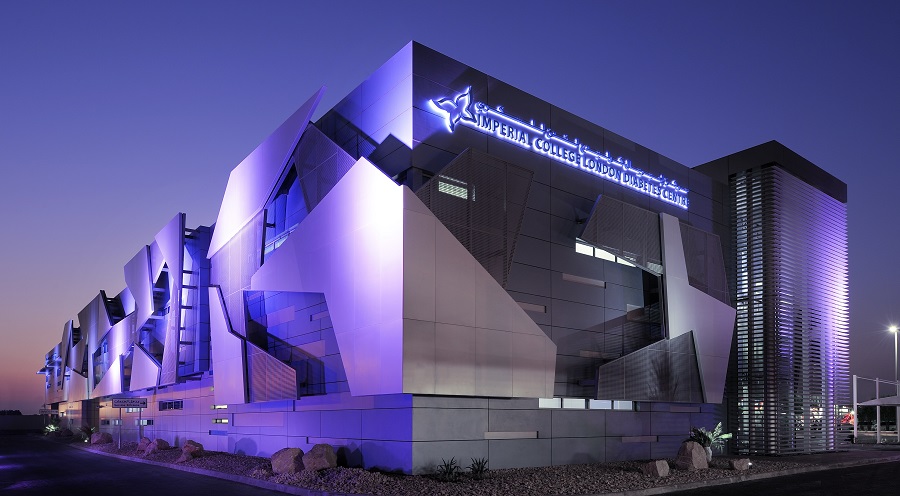 The idea and impetus to set up a centre for diabetes in the Middle East came in 2002 from one of Imperial College London’s previous endocrine registrars, Maha Barakat. She was the centre’s medical director for a decade, and is now Her Excellency Professor Maha Barakat OBE, Abu Dhabi Minister of Health.

It is remarkable to see how the Imperial College London Diabetes Centre (ICLDC), a state-of-the-art diabetes centre in the capital of the United Arab Emirates, Abu Dhabi, has been born from scratch. Over the last 10 years, the centre has flourished, and now sees over 600 patients daily.

'Reciprocal training links have been established, with fellows from Abu Dhabi completing their training in London. A number of Imperial's London trainees are also undertaking their PhDs in the ICLDC laboratories'

Everything, from the building’s appearance to its layout, has been carefully thought through. The outside is clad in geometric shapes that represent the insulin molecule seen through an electron microscope. Inside, over three floors, the escalators that bisect the centre of the building take patients on a logical route from one appointment to the next.

Before seeing a diabetologist at ICLDC, new patients see one of the nurses, who carry out all the blood tests. These are analysed in 20 minutes in an on-site laboratory. The patient also has urine and vision tests, retinal photography and an electrocardiogram performed to identify early signs of kidney, eye and heart disease. The results of all these tests then pass electronically via the medical record to the doctor, ready for the patient’s appointment.

The electronics are quite advanced – if you try to prescribe an ACE (angiotensin-converting enzyme) inhibitor to a pregnant woman it will stop you. The computer also keeps an eye on how hard you are working!

ICLDC has set up a satellite in the second city, Al Ain, and recently opened its third clinic at Zayed Sports City in Abu Dhabi, with plans to expand further.

Proper diabetic care is desperately needed in the Emirates as, with an improved standard of living, has come obesity and its 10-year delayed concomitant, type 2 diabetes. To prevent the previously inevitable diabetic complications following on from this, better diabetic care is essential. A vigorous outreach programme, with well known personalities frequently visiting the centre and coverage in the local news of what a diabetic should do, along with population programmes, such as fun runs and walking for health, make sure the population gets referred as early as possible. A citizen insurance scheme makes it nearly cost-free. 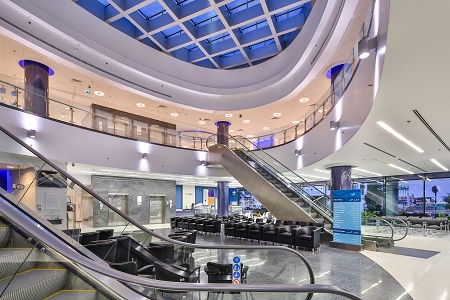 Reciprocal training links have also been established, with endocrine training fellows from Abu Dhabi completing their training at the Hammersmith and Charing Cross Hospitals in London. A number of Imperial’s London trainees are also undertaking their PhDs in the ICLDC laboratories.

The Imperial College endocrine department is delighted with the high standards ICLDC has been able to deliver and also its rapid expansion. Even greater activity is anticipated for 2017. The expanding success of ICLDC is bringing material health benefits to the citizens of the Emirates and makes the whole relationship both worthwhile and exciting. 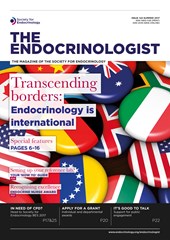