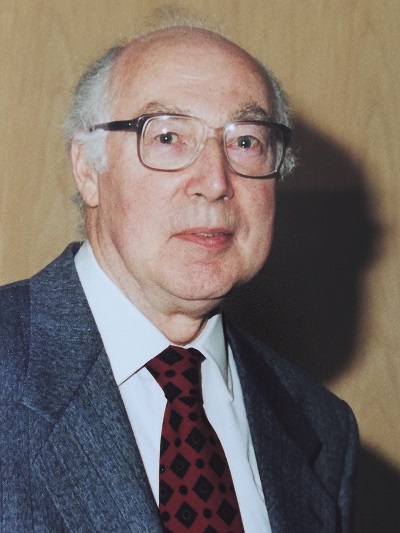 I first met Bernard in the early 1990s when he was Secretary-General of the Association of Learned and Professional Society Publishers (ALPSP). I was CEO of the Society for Endocrinology and starting to get involved with ALPSP committee work. At the time I had no idea that Bernard had earlier been a prominent neuroendocrinologist.

My abiding impression is of a man with the energy and determination to get things done, but a quiet man who held his own without bluster, and who treated everyone with respect. Bernard let people realise for themselves his qualities from his actions. He didn’t need to self-promote, although his iron backbone showed itself when someone at a publishing dinner tried to challenge him on a fact about ferrets, on which Bernard was probably the world’s leading authority.

Bernard was born in Peckham in 1927 to a close family with no academic background. Bernard discovered fairly early that he preferred the kinds of play that created or achieved something. On leaving school at 16, Bernard began work as a lab assistant at the Wellcome Lab on Euston Road and spent three hours studying at Chelsea Polytechnic every weekday, after a full day’s work. After his matriculation, and being made a Fellow of the Chemical Society, he was called up and served his National Service in the Royal Navy, where he specialised in the maintenance of radar kit.

Bernard was then given a grant to study physiology at University College London. After graduating in 1952, he was awarded an MRC grant to study for his PhD in Geoffrey Harris’ new Department of Neuroendocrinology at the University of London Institute of Psychiatry. Geoffrey Harris’ theory was that ‘the hypothalamus produced some chemical factor, or factors, that controlled the release of the hormones from the pituitary gland’. It was Bernard’s experimental work on this with Professor Harris that led to the long-running and vituperative argument between Harris and Solly Zuckerman, on which Harris and Bernard were eventually proved right. I believe Bernard’s first published paper, on this subject, was in Nature.

After gaining his PhD in only two years, Bernard continued his research career and wrote many journal papers and book chapters during this period. I’m aware that many an endocrinologist recalls with affection using a seminal textbook written by Bernard. During this time, he had the chance to spend six months in Lund, working with Dora Jacobsohn, and later spent a year at University of California San Francisco.

By 1972, Bernard had been awarded a DSc and then a Chair by the University of London. Alongside his lab work, Bernard had been getting more and more interested in publishing issues. In 1974 he took over as Editor of Journal of Endocrinology. The previous Editor had been based
in Bristol and so Bernard was involved in the setting up of the first independent offices for the Journal in Bristol. At that time the journal was published by Cambridge University Press and was not particularly successful financially. Bernard was one of the team that brought the journal in house and they were delighted to find that they actually made a larger surplus that way.

Bernard’s involvement with the processes of publishing led to becoming an early member of ALPSP, of which he was Vice-Chairman (1979–1980) and Chairman (1981–1986). In 1988, Bernard took early retirement and the role of Secretary-General of ALPSP, which is where I got to know him, as we worked together on early online publishing ventures, including the world’s first online submission and peer review project. Bernard was then President of ALPSP from 2000 to 2010. In 2007, at his 80th birthday party, I was very pleased to be able to present him with Honorary Membership of the Society for Endocrinology, which he was really thrilled with.

After his retirement, Bernard wrote a biography of Lord Zuckerman, partly in an attempt to discover what had caused him to be so antagonistic towards Geoffrey Harris and to hold to a view that was increasingly shown to be erroneous. I don’t think he ever really satisfied himself on that question, but I was pleased to be able to publish the book through the Society for Endocrinology in 2005, especially as both Bernard and Solly had been leading lights in the Society.

As regards his personal life, Bernard had three marriages. His first marriage to Heather, which produced his first two children, Susan and Iain, faltered because his growing academic career left them little time to share activities. They parted in 1969 and Bernard married Jean in 1971; his third child, Adam, was born in 1973. By the mid-1980s, this relationship also drifted apart, with Jean leaving in 1987. This left Bernard to bring up Adam, and the two had a very close and affectionate relationship.

During his time at ALPSP, Bernard worked closely with Eileen Storrie. After her husband’s death, Bernard and Eileen kept in touch and married in 2005. I remember being astonished by the news, and then being immediately convinced it was a fantastic match – Bernard described it in his memoir as being ‘content … even blissful’. A happy ending, indeed, and well-deserved. Bernard died peacefully in his sleep at the end of July.

SUE THORN
Former Chief Executive of the Society for Endocrinology