Gerald Lincoln’s untimely passing on 15 July 2020 hit everyone hard. Not just his immediate family, but the extensive community of friends and colleagues, at home and abroad, who had the privilege to know him. An iconic, Peter Pan-like figure, he always carried an air of youthful enthusiasm and optimism about him that inspired everyone in his orbit. He was living proof that ‘The research worker remains a student all his(her) life’.1 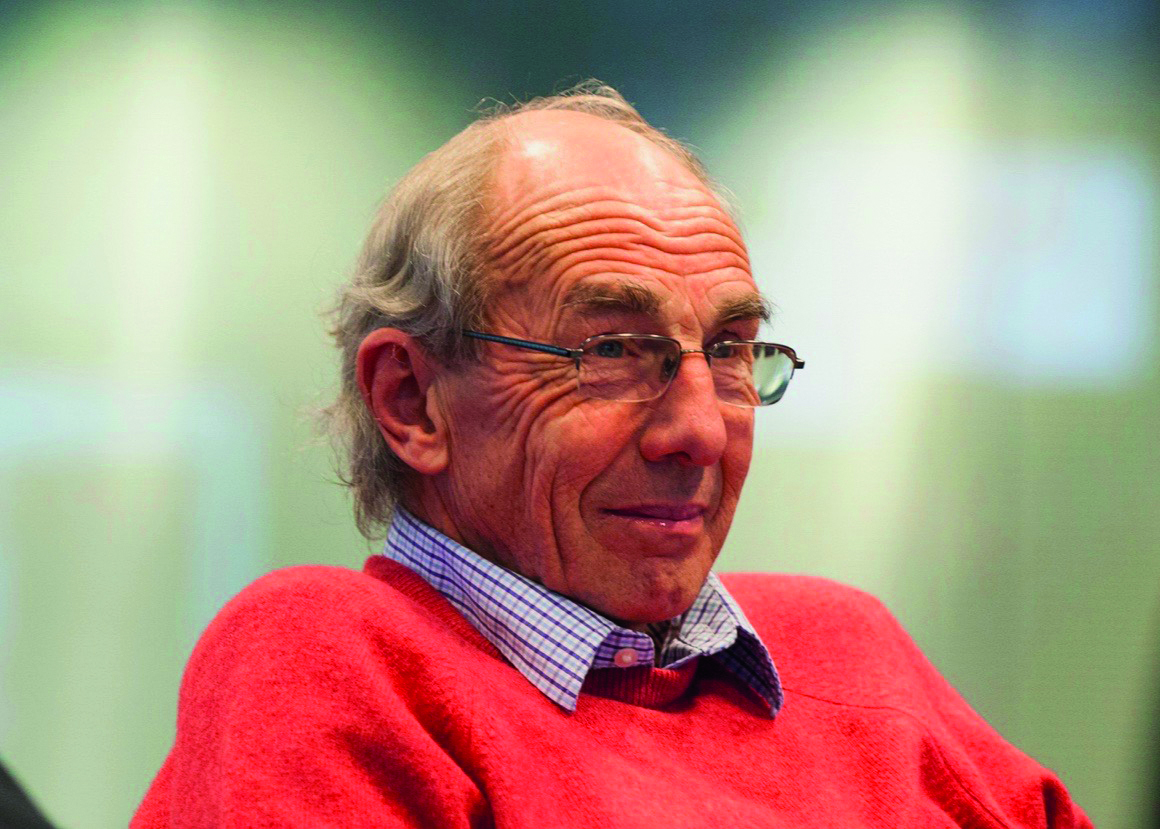 I unwittingly encountered Gerald for the first time in 1970 when, as a Master’s student at Leeds University, charged with leading a journal club session, I chanced upon a ‘Letter to Nature’ titled ‘Effects of sexual activity on beard growth in man’. Irresistible, not only for its content, but also because it was signed ANON.2 The anonymous author turned out to be none other than Gerald A Lincoln. The rest, as they say, is history. And it was a highly successful journal club.

To Gerald, scientific research was always an adventure. When he joined the MRC Reproductive Biology Unit at Edinburgh University in 1974, as a founder Principal Investigator, he had already logged multiple field trips to the Inner Hebridean Isle of Rhum, where he fastidiously documented every aspect of the annual red deer rut. Such trips formed the basis of serial publications on the photoperiodic control of mammalian reproduction – including 28 in Journal of Endocrinology – and he rapidly established himself as an international authority on the endocrinology of seasonal breeding.

He received many awards for his achievements, including the Society for Endocrinology Medal in 1989, and election to Fellowship of the Royal Society of Edinburgh in 1993. The University recognised his contributions by appointing him to a Personal Chair of Biological Timing in 2007. All this was on top of a successful battle with leukaemia, taking 5 years from diagnosis to remission in 1985.

Melatonin was the ‘in hormone’ when I arrived at Edinburgh, in 1985. And it was Gerald’s work on the role of melatonin in photoperiodism that provided much of the evidence base for the MRC Unit’s rock-star faculty to dose themselves with melatonin – the ‘hormone of darkness’ – to help control their fractured sleep-wakefulness patterns as they jetted around the world.

Although much of his published work involved deer and sheep – famously red deer and Soay rams – it always seemed to me that Gerald’s true interests were birds and bugs. The idyllic lifestyle he and his wife Caroline created at Puddledub in rural Fife, complete with Soay sheep flock, allowed him to indulge in these passions liberally. He bred birds as varied as sand martins and swans, and reared every type of insect imaginable. The sand martin cliff project dominated, but he rarely went anywhere without a moth trap.

After retirement, a shared interest in the roles of sex hormones in reproduction kept us in touch, and he remained as thoughtful and excitable as ever when it came to discussing science. In summer 2019, over a glass of wine, and after another successful open day at Puddledub Nature Reserve, Gerald asked me, ‘Well Steve. Are you done yet?’ (As in, have you any more papers to publish?) ‘I am. This is probably my last.’ (Sadly, it was…). He handed me a copy of ‘A brief history of circannual time’, which is a tour de force on innate circannual timing, which he had just published as a review in Journal of Neuroendocrinology.3 I insisted that I was not yet done and, as evidence, supplied him with the PDF of an article that equated oestrus in mammals with ecdysis in insects. The commentary he emailed back to me a few days later provides a measure of the man:

‘The remarkable parallel roles of ecdysone in insects and gonadal steroids in vertebrates are fascinating. I thought of your paper a few days ago – first thing in the morning in Pitmedden Forest above Auchtermuchty! I had my moth trap out overnight in a lovely sheltered spot in the woods, overlooking a marsh that had once been open water supplying the village. Sitting beside the moth trap was an elephant hawkmoth. It had clearly been flying for weeks – almost every scale worn away – hardly able to move – the end of a complex life cycle. Five moults of the exoskeleton as the animal increased a hundred-fold in size as a larva, then a nomadic wandering phase before the final moult had revealed the outer surface of the imago. Hidden from view within the astounding transformation that is the final metamorphosis – growth of the gonads and pheromone glands and the activation of a genetic programme for sexual behaviour. Yes, it’s that wonderful ecdysone!’

Gerald was caring and compassionate, and a brilliant scientist. He was also a fantastic communicator. His guiding principle was that man is a seasonal animal with a cyclical biology. The discoveries made in plants, insects and many animal models direct our understanding of all aspects of seasonality.

His memoir, written literally days before he died, concludes, ‘Back home in Fife, my lifecycle has run a full circle, from learning to love nature in my teens, to a career in science and medicine, and then to retirement back to my passion.’ He had massive impact, and his influence will live on.

STEVE HILLIER
Professor Stephen G Hillier is a past Chairman of the Society for Endocrinology (1996– 2000) and former Editor-in-Chief of Journal of Endocrinology (2000–2004). He is currently Emeritus Professor of Reproductive Endocrinology at the University of Edinburgh.