I’d like to write a few words about some of the founding figures in endocrinology, whose names echo through the halls of our discipline’s history. Who were they, and what were their contributions? 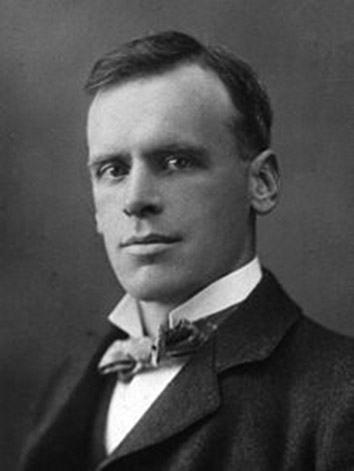 Ernest Starling (born London, 1866) was a clever, ebullient and outgoing person who won every prize at Guy’s Hospital – his medical school, from where he qualified in 1889. Together with William Bayliss (born 1860), he performed important experiments on gastrointestinal secretion, reporting in the 1904 Croonian Lecture at the Royal Society that acid introduced into the duodenum caused the brisk secretion of pancreatic juice by means of a messenger that they called ‘secretin’.1,2 In June 1905, Starling coined the word ‘hormone’, derived from the Greek ‘to stimulate or arouse’, and used it to describe chemical messengers. Thus, endocrinology was born.

The theories of Geoffrey Harris (born 1913) gave rise to the field of neuroendocrinology. It was known that ovulation occurred after mating in rabbits. Harris devised experiments electrically stimulating the hypothalamus and pituitary. These demonstrated that the hypothalamus was key in triggering ovulation.3 Grigore Popa, a Romanian physiologist, thought the blood passed from the pituitary to the hypothalamus but, by the 1950s, it was clear that there was neural control of the pituitary gland. This was the title of a book by Harris, published in 1955.4 Harris also had great arguments with the leading anatomist Solly Zuckerman as to whether this was all true. Harris showed that the lesions in Zuckerman’s experiments were not correctly placed in the hypothalamus. 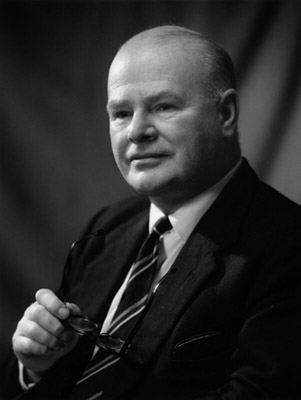 Harris was smart, original and highly competitive. This included playing his fellows in the squash court and out-drinking them in the pub. Unfortunately, he died young, at 58, of bleeding oesophageal varices.

Both Roger Guillemin and Andrew Schally were influenced by Harris’s theories. Guillemin was born in France in 1924. His medical studies were interrupted during the Second World War by his work for the French Resistance, when he helped his compatriots cross the mountains into Switzerland. Later, Guillemin contracted tubercular meningitis and was among the first people to be treated with intrathecal isoniazid. Guillemin moved to the USA, and demonstrated that pituitary cells secreted adrenocorticotrophin in the presence of hypothalamic tissue.5

Andrew Schally (born Poland, 1926) spent the Second World War in Romania, while his father fought with the Allied Forces. In 1945, he travelled to live in the UK, where he was first introduced to medical research. He later became a US citizen.

For a short time, Schally worked in Guillemin’s laboratory. However, there was slow progress and each blamed this on the other. This was the origin of intense competition between the two, and they subsequently worked in separate laboratories. 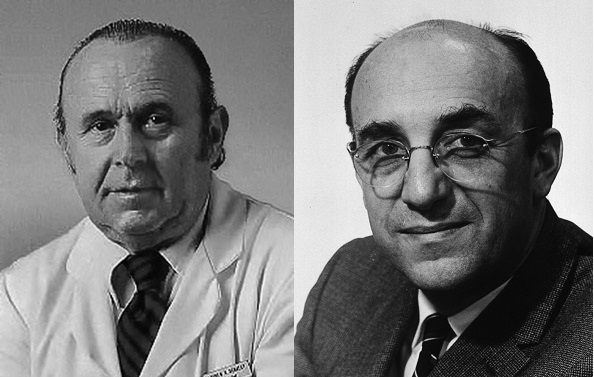 Their research led to the discovery of multiple hypothalamic hormones. Thyrotrophin-releasing hormone was isolated first, Schally’s paper being published six days before that of Guillemin. Their second race concerned luteinising hormone-releasing hormone: once again Schally published ahead of Guillemin. However, Guillemin was successful in first describing the third of the hypothalamic hormones: somatostatin.6 Guillemin and Schally each received a quarter of the Nobel Prize in Physiology or Medicine in 1977 for their discoveries concerning the peptide hormone production of the brain.

The other half of the 1977 Prize was awarded to Rosalyn Yalow for development of radioimmunoassays for peptide hormones. Yalow trained as a physicist at a time when it was very much a male-only preserve, at one point taking a job as a typist in an attempt to access graduate courses. Her productive partnership with the medically trained Solomon A Berson led to their Nobel Prize-winning discoveries, though sadly Berson did not survive to share the Prize. 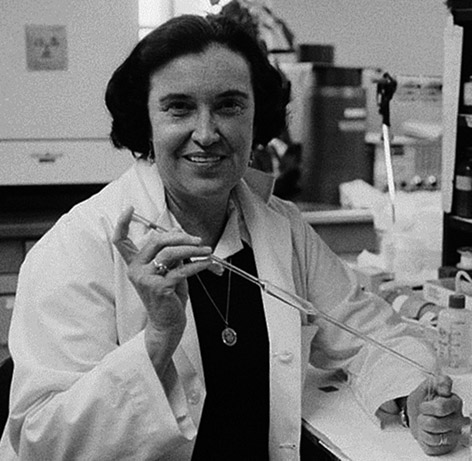 Through the endeavours of these individuals, endocrinology truly came of age. It is said that to be successful in research you need to be smart, work hard, and have luck. While I think this is still true, it is also important to have a good time!