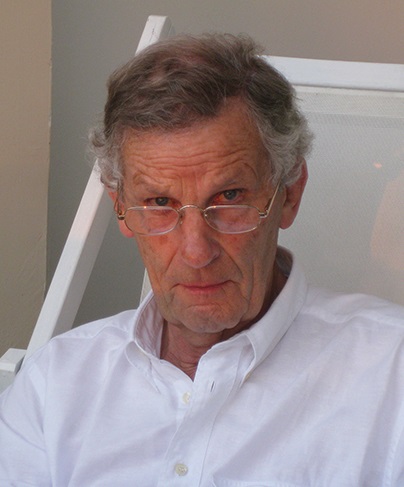 David Baird, one of the country’s most eminent figures in the field of obstetrics, gynaecology and reproductive biology, died in February 2022 at the age of 86. Reflections on his life and contributions shared by former colleagues, associates, trainees and patients testify to an unparalleled reputation as a research leader, teacher and caring clinician. He remained a life-long mentor, friend and source of wise counsel to those who were privileged to know and work with him. He was a passionate advocate for the rights and health of women and for women in medicine.

David’s many internationally recognised scientific and clinical contributions have had a huge impact on women’s healthcare and on the careers of colleagues in his discipline worldwide. His past trainees and collaborators have spread his influence in every continent. David’s training enabled him to bridge the gap between basic science and clinical research, and his clinical experience allowed him to identify important problems for research and to detect the impracticability of some scientific suggestions. His vision of the added value of scientists working alongside clinicians, close to their patients, underpinned the establishment of the University of Edinburgh Centre for Reproductive Biology in 1972, creating a model that was to be emulated in many countries.

'David was the most eminent British gynaecological endocrinologist of his generation. He established many international collaborations, wrote over 400 peer-reviewed scientific publications and was editor of several books on reproduction.'

David embraced the developing science of reproductive endocrinology in the 1960s when, appointed to a prestigious research fellowship at the Worcester Foundation for Experimental Biology (MA, USA), he began his life-long interest in experimental reproductive biology and the use of animal models to answer crucial research questions. He played a leading role in the development of the first chemical assay for the measurement of the sex hormones oestradiol and oestrone in blood. Working with Tait at the Worcester Foundation, he explored the concepts of steroid prehormones, which have since been widely applied in other systems. Further seminal work addressed hitherto-unrecognised roles for prostaglandins in reproduction. He demonstrated the remarkable biological phenomenon whereby prostaglandin F2α from the uterus travels against the bloodstream to reach the corpus luteum in the ovary, and bring about its demise (luteolysis) at the end of each ovarian cycle. This and other discoveries led to new and valuable applications, both clinically and in livestock reproduction.

David returned to Edinburgh in 1968 as lecturer in the University Department of Obstetrics and Gynaecology and was promoted to senior lecturer in 1970, along with his appointment as consultant obstetrician and gynaecologist at the Simpson Memorial Maternity Pavilion and the Royal Infirmary of Edinburgh. In 1972, with Roger Short, he established the MRC Reproductive Biology Unit, where he was Deputy Director until 1977, when he was appointed Professor of Obstetrics and Gynaecology at the University of Edinburgh. David felt that the responsibilities of a clinical professor inevitably restricted his research activities, and it was always his intention to limit his tenure of the Chair of Obstetrics and Gynaecology. From 1985 until his retirement in 2000 he held the position of MRC Clinical Research Professor of Reproductive Endocrinology, the final move of his career.

David was the most eminent British gynaecological endocrinologist of his generation. He established many international collaborations, particularly with reproductive scientists in Australia, developed during a sabbatical there. He wrote over 400 peer-reviewed scientific publications and was editor of several books on reproduction. He pursued his belief of the need for improved understanding of human reproductive biology and its translation to benefit individual patients. And he engaged the Government, the medical profession and the public in the ethical and scientific debates surrounding these fundamental scientific advances.
His further original research contributions included the elucidation of the basic biological mechanisms in the control and function of the human gonads and the gametes they produce. He applied his world-leading expertise and knowledge to the early development of assisted reproduction techniques, including ovulation induction and in vitro fertilisation, and he made important contributions to the understanding of the regulation of ovarian follicle development and selection, and implantation and early pregnancy development. His findings continue to be relevant to clinical practice today.

His pioneering development of a unique method of studying the ovary in the sheep, by transplanting it to an accessible site on the animal’s neck, led to major advances in understanding the regulation and function of the ovary. Using the sheep, he established cryopreservation of ovarian tissue and demonstrated the retention of its gamete- and hormone-producing capacities. This pivotal contribution to the field of female fertility preservation has transformed the lives of young cancer survivors treated with radiotherapy and/or chemotherapy.

He was passionate about the globally important issues of fertility control, and pursued the widening of options for contraception and safe medical abortion, pioneering the use of prostaglandins and then, crucially, progesterone receptor antagonists. He was extremely proud of his role in the development of medical abortion, which has saved many lives around the world. In 1995, he led the establishment at the University of Edinburgh of the Contraceptive Development Network, with funding from the MRC and the Overseas Development Administration, and its successor the Department for International Development, to harness international collaborations in Africa and China, in order to deliver novel approaches to contraception, including hormonal methods in men.

'He was passionate about the globally important issues of fertility control, and pursued the widening of options for contraception and safe medical abortion, pioneering the use of prostaglandins and then, crucially, progesterone receptor antagonists.'

David’s input was extremely important to all those who worked for him. He inspired hard work and, above all, he gave encouragement when things got difficult. He had the gift of facilitating a way through a seemingly insurmountable problem. His advice continued to be highly valued throughout our careers.

David had a life-long love of Scottish mountains and the great outdoors, and he and his wife Anna always offered the warmest of welcomes at their cottage on the north shore of Loch Tummel. He will be greatly missed by many, and those who knew him will hold treasured memories of an exceptional man.

Our thoughts and sincere condolences are with David’s family. 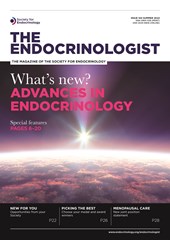