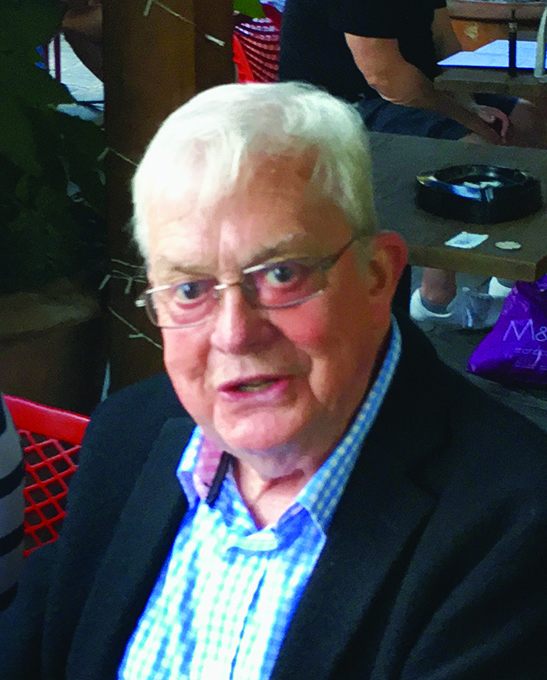 It is with great sadness that we report the death of Emeritus Professor Frank Cunningham, who passed away peacefully on 24 June, aged 88, after a short illness.

Frank was born in Bootle, Liverpool, in 1933. Having spent some of his childhood as a wartime evacuee up the coast in Southport, he returned to study at St Mary’s Catholic Grammar School and then enrolled on a dentistry course at the University of Liverpool. However, he soon realised that dentistry was not his true calling and transferred to a degree in physiology and biochemistry.

After graduation, Frank moved to Birmingham where he gained an MSc and PhD in the emerging field of reproductive endocrinology, under the supervision of Wilfred Butt and Carl Crooke. His research involved the development of methods for the purification and assay of gonadotrophins extracted from human urine and pituitary glands. This work made a vital contribution to the development of new ways to treat female infertility, and paved the way for assisted reproductive technology procedures, such as in vitro fertilisation, that rely on purified gonadotrophins to stimulate multiple follicle development.

After joining the University of Reading in 1964 as a lecturer in physiological chemistry, Frank’s research focus shifted away from human hormones to the reproductive endocrinology of farm animals. This change of focus aligned his research better with the agricultural/animal science work which was ongoing at the university. In later life, Frank expressed some regrets that he had moved away from biomedical research. Nonetheless, over the ensuing decades, his group made many telling contributions to animal science, particularly on the neuroendocrine regulation of gonadotrophin-releasing hormone and gonadotrophin secretion in domestic fowl, and seasonal breeding in sheep.

He rose through the ranks of academia, being promoted to a readership in 1976 and a professorship in 1987. Frank supervised at least 16 PhD students from around the globe, won a steady stream of research grants and published more than 80 papers, reviews and book chapters.

‘Frank was a highly entertaining and popular lecturer, with a gift for explaining complex ideas to students in an accessible and humorous manner.’

Frank served as inaugural Head of the University’s School of Animal and Microbial Sciences. This was a challenging role, requiring great tact and diplomacy. It saw the merger, in 1988, of three separate departments that each had its own head, team of clerical and technical staff and way of doing things. Somehow, Frank managed to build bridges and bring everyone together in an amicable and co-operative way, to ensure the success of the new School. He also served as Warden of one of the University’s halls of residence (Wessex Hall) from 1981 to 1991, a role he enjoyed greatly.

Frank was a highly entertaining and popular lecturer, with a gift for explaining complex ideas to students in an accessible and humorous manner. At research conferences, he also had an uncanny ability to ask the speaker a pertinent question, despite having seemed to nod off for most of the presentation, in synchrony with the dimming of the houselights.

As a PhD supervisor, Frank’s approach was to give his students freedom to develop their own ideas. He didn’t try to micromanage, but was always there to offer guidance and advice, and to open the right doors to allow planned research to go ahead. As a former PhD student and colleague, it has been a true privilege to become acquainted with him, and I am forever grateful for his inspiring mentorship and enduring friendship over so many years.

Above all, Frank was a warm and sociable person with a colourful and magnetic personality, and a characteristic laugh and twinkle in his eye. He loved meeting and engaging with people from all walks of life – not just endocrinologists and fellow Everton supporters! He was a good talker and enjoyed lively discussions on all manner of topics.

After retirement, Frank and his wife moved to Henley on Thames, where they greatly enjoyed walking, socialising and making many new friends in the town and its beautiful surroundings. Frank held a strong religious belief throughout his life, but he was not at all sanctimonious.

He is survived by his wife Rita, one son, two daughters, three grandchildren and one great grandchild. He will be missed greatly. 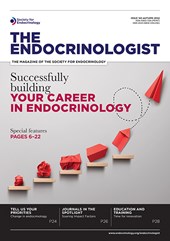