Endocrinology and behaviour: a stress-free approach to improving animal welfare

Since the Animal (Scientific Procedures) Act 1986 was implemented in the UK, there has been a plethora of research combining endocrine titres with behavioural measures to address applied questions in the field of animal welfare science. The goal of these studies has been to measure and optimise animal welfare.

One eloquent example is the reduced welfare observed in collared peccaries (Pecari tajacu), as indicated by high glucocorticoid (GC) levels and negative judgment bias in behavioural tests. The latter is associated with space restriction, but alleviated by the provision of enrichment.1

Good animal welfare is essential not only from an ethical standpoint but also to ensure valid scientific outcomes. Animals with good welfare produce more reliable, biologically valid, robust, repeatable scientific data when compared with their counterparts with poorer welfare. ‘Happy’ animals live longer, can be used repeatedly and need replacing less often. This leads to a ‘reduction’ in animal use and satisfaction of one of the 3Rs (the guiding principles for the use of animals in research).2

Exposure to a physical or psychological ‘stressor’ causes a cascade of physiological reactions that enable an animal to cope via a dynamic process of change termed allostasis. There is no uniformly accepted definition of ‘stress’, but here I define ‘stress’ as a ‘real or perceived threat to homeostasis’ with the caveats of uncontrollability and/or unpredictability.3,4

A primary physiological response to a ‘stressor’ is activation of the hypothalamic-pituitary-adrenal (HPA) axis and concomitant release of GCs. In the short term, GCs trigger adaptive responses that enable the body to cope with the ‘stressor’, such as mobilising energy stores.

GCs have an impact on other regulatory systems, however, in addition to those dealing with ‘stress’ – such as the mesolimbic dopaminergic reward system. Rewarding experiences such as feeding, social defeat and consensual sex also trigger GC release.4 It is thus essential that, if titres of GCs are to be used to evaluate ‘stress’ and inform welfare decisions in animals, additional measures should be used to correctly interpret GC levels. One quantitative tool, empirically validated as a reliable measurement of ‘stress’, is behaviour measurement. 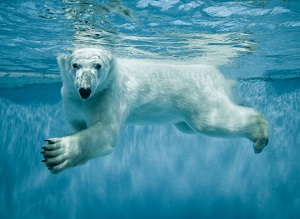 At the simple end of the spectrum, high levels of GCs co-existing with certain behavioural traits or frequencies that deviate from those observed in the wild population, such as stereotypic pacing in polar bears (Ursus maritimus), are taken to imply that an animal is ‘stressed’ and potentially experiencing poor welfare.5

These types of data can inform management decisions. Environmental correlates of high GCs and stereotypic pacing in polar bears, such as exhibit size, can be modified to improve welfare. This effective pairing of endocrine and behavioural parameters has led to the development of behavioural stress scores (BSSs). These are defined as a set of behaviours, each with an identified sliding scale assumed to indicate varying degrees of ‘stress’.

In their best form, BSSs are underpinned and validated by established physiological indicators of ‘stress’, such as GC titres. For example, our laboratory is currently developing a BSS to permit objective non-invasive assessment of welfare in captive amphibians, thousands of which are housed in captivity for research, education, captive-breeding and as pets. However, comprehensive, consensually developed best practice guidelines for housing and husbandry that provide optimal welfare are lacking. We are developing a putative scale of behaviours (such as ‘walling’ – rapid swimming backwards and forwards along a tank wall) that we have shown to be associated with varying degrees of corticosterone release (which we quantify from the tank water around the subject).

In the domestic horse (Equus ferus caballus), we have taken this one step further by identifying behaviours for a BSS such as repetitive crib-biting that are correlated with not one but two established physiological indicators of ‘stress’, i.e. titres of salivary cortisol and heart rate.6 In this way, the pairing of endocrine with behaviour parameters can produce reliable, empirically validated, easy to implement measures of animal welfare.

'The pairing of endocrine with behaviour parameters can produce reliable, empirically validated, easy to implement measures of animal welfare

Welfare studies that pair endocrinology with behaviour usually extract GC metabolites from sample media that can be collected non-invasively, such as urine, faeces or saliva. This approach is taken because procedures associated with taking a blood sample, such as restraint and venepuncture, typically raise HPA function and artificially raise GC levels or mask results of experimental treatments.

Behaviour theory is implemented to collect these non-invasive samples. Animals are trained using operant conditioning theory (i.e. positive reinforcement techniques; PRTs) to ‘voluntarily donate’ their sample. For instance, trained animals will urinate into a cup upon presentation of a cue: a behaviour shown to take as little as five 30-min sessions to train in the golden lion tamarin (Leontopithecis rosalia).7

Ironically, this use of behaviour as a tool to collect endocrine samples (for welfare studies) affects well-being itself (possibly via the perception of increased controllability). For example, captive common marmosets (Callithrix jacchus) involved in PRT programmes were better able to deal with routine husbandry stressors such as weighing than their laboratory partners not involved in such a programme.8 Similarly, wolves (Canis lupus lupus) participating in PRT had reduced levels of salivary cortisol post-training compared with pre-training.9

Thus, experimental evidence shows that participation in PRT programmes improves the welfare of the subjects – the very construct it set out to test.