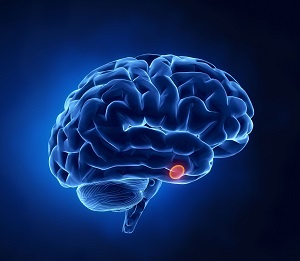 Primum non nocere or ‘ﬁrst do no harm’ is a central tenet of medicine, and one to which physicians have aspired for millennia. In practice, physicians have been required to weigh the therapeutic beneﬁt of an agent or intervention against its potentially harmful sequelae: a ‘risk assessment’ mandated, though with variable adherence, from the ages of blood-letting, leeches and elemental therapies through to the present day.

Of course, the more devastating and refractory to conventional therapies the disease is, the lower the threshold for acceptance of side effects. A therapeutic agent with foreseeable side effects may be more safely and efficaciously used with due vigilance and multi-disciplinary liaison. In some cases, that will mean different specialties working with us, as endocrinologists.

IMMUNOTHERAPY AND THE MEDICAL ONCOLOGIST

One therapeutic avenue which has become interdisciplinary is the use of immunomodulating agents which, in the simplest terms, involves modifying host immunity to target a disease process.

One of the earliest uses of humanised monoclonal antibodies to such an end came with the administration of alemtuzumab in the treatment of multiple sclerosis. Our experience of this alerts us to the potential for immunomodulation to result in an increased incidence of autoimmune disease against endocrine organs. Immune-mediated thyroid dysfunction is an important side effect of alemtuzumab therapy (occurring in 40% of patients treated at our institution). As such, both neurologists and endocrinologists recognise the need for vigilance and monitoring of thyroid function in individuals treated with this agent.

Use of these agents is having a dramatic effect on the treatment of advanced melanoma, where untreated median survival is 8–10 months. The agents are now being explored for use in other malignancies.

Conversely, of course, such promotion of the T cell response can affect self-tolerance, in turn promoting development of autoimmune responses to native tissues, resulting in immune-related adverse events (IRAEs), including endocrinopathies.

Ipilimumab (Yervoy®, Bristol Myers-Squibb) was approved for use by the US Food and Drug Administration in metastatic or unresectable melanoma in 2011. It was the first drug to prolong the lives of patients with advanced disease.

This humanised monoclonal antibody targets the immune checkpoint antigen CTLA-4 and it has become increasingly clear that IRAEs are common with this agent. These include dermatological and gastrointestinal manifestations as well as the development of autoimmune endocrinopathies: most commonly hypophysitis, but also primary adrenal insufficiency and thyroid disease.

The extent of the issue has become increasingly apparent in recent years, as will have been evident to those attending endocrine meetings, where a veritable glut of case reports has appeared. A number of recent reviews consider the phenomenon in detail.1,2

The pathogenesis of ipilimumab-induced hypophysitis is unclear and no histological specimen from such a case has been reported, but the phenomenon is perhaps not unexpected. CTLA4 polymorphisms are associated with autoimmune endocrinopathies such as Graves’ disease and Hashimoto’s thyroiditis; the antigen is expressed on both mouse and human anterior pituitary cells and focal infiltration of macrophages and lymphocytes has been demonstrated in pituitary glands of anti-CTLA-4 treated mice.3

The reported prevalence of hypophysitis in ipilimumab-treated patients varies by study (0–17%). It seems that earlier studies may well have underreported its existence, in part because of a lack of awareness and inconsistent monitoring and reporting measures. In turn, this may also reflect the ambiguity of the symptomatology of hypopituitarism, with headaches the most common presenting feature, along with other non-specific features of anterior hypopituitarism such as nausea, vomiting, weight loss, lethargy and confusion. Hyponatraemia may be evident; diabetes insipidus and visual compromise have been reported only rarely.

Unlike idiopathic hypophysitis, which tends to predominate in females of reproductive age, ipilimumab-induced hypophysitis appears to have both male sex and age as risk factors. A dose effect is also present. Hypogonadotrophic hypogonadism, and secondary thyroid and adrenal insufficiency, are most common, with the growth hormone axis more rarely involved. This last observation may be due to limited assessment of the growth hormone axis in many studies.

Presentation occurs most commonly at 2–3 months post-initiation (mean 9 weeks), though delayed presentation has been reported. This tends to be later than for other IRAEs, such as gastrointestinal effects. Notably, some pituitary function may recover; up to 50% of patients regain thyrotrophin and gonadotrophin secretion in some series. In contrast, hypothalamicpituitary-adrenal axis recovery is rare, and several authors report persistent hypopituitarism. It is not clear how often and how robustly patients described in many studies were assessed for recovery of hypopituitarism.

Pituitary imaging may demonstrate a marginally increased anterior pituitary volume (mean increase 5mm) and/or heterogeneity of contrast enhancement. This appearance can precede the development of anterior hypopituitarism and may only be transiently evident, with all patients in one series showing reduction of radiological features after 40 days. The typical mild global enlargement may explain the lack of visual pathology in these patients.

Awareness of the potential for hypophysitis and its likely symptoms, and recognition of these should they manifest, are both key. This is perhaps where close liaison and mutual education between oncologists and the endocrine team are particularly important.

Figure. T1–weighted MRI with gadolinium in the same patient as described in the Table demonstrated a modest diffuse enlargement of the pituitary gland for his age, with some heterogeneity of contrast enhancement across the gland, consistent with hypophysitis.

Early advice suggested measuring thyroid function before commencement and before each subsequent dose. A more structured anterior pituitary and electrolyte profile before starting ipilimumab as a baseline would seem prudent, along with continuous assessment for clinical features and further anterior pituitary testing at intervals during and after the course of treatment. The possibility of late clinical presentation should be kept in mind.

Pituitary imaging should be considered if symptoms or biochemistry dictate. Once present, adrenal, and subsequently thyroid, insufficiency should be treated with physiological replacement doses. There is no clear evidence that supraphysiological (immunosuppressive) doses of glucocorticoid alter the recovery rate of endocrinopathies or resolve pituitary enlargement,4 though such doses are often prescribed and may be advised if, for example, there is a mass effect on magnetic resonance imaging (MRI).

Early papers suggested permanent discontinuation of ipilimumab in all cases, but more recently authors have suggested that it may be reintroduced after a delay once appropriate hormone replacement has been commenced.

Discussion between oncology and endocrinology is advised. An ongoing need for hormone replacement, and thus endocrine follow-up, is to be expected. Possible permanent hypopituitarism must be weighed against the potential life-extending benefits of ipilimumab. Indeed, it has been suggested that patients who develop hypophysitis, and thus have a greater immune response, may have a survival advantage.

'Of course, such promotion of the T cell response can affect self-tolerance, in turn promoting development of autoimmune responses to native tissues, resulting in immune-related adverse events, including endocrinopathies'

OTHER MONOCLONAL THERAPIES IN ONCOLOGY

Ipilimumab was just the first in a line of promising immune checkpoint modulators. More recent examples include monoclonal antibodies targeting PD-1, such as nivolumab and pembrolizumab. It has recently been suggested that these agents have an improved survival benefit over ipilimumab in advanced melanoma, and IRAEs seem to be less frequent and less severe. Hypophysitis is rarer with these agents (<1%), but thyroid disease is common (up to 9%) and may occur as transient thyrotoxicosis, thyroiditis or primary hypothyroidism.

Notably, combining anti-CTLA-4 and anti-PD-1 agents increases the risk of IRAEs, resulting in thyroid dysfunction in up to 22% of cases.

In summary, the efficacy of checkpoint modulating immunotherapies in treatment of advanced melanoma is resulting in their increasing use, and hence the prevalence of immune-related endocrinopathy is likely to rise. Currently, prospective studies and accurate data on recovery of endocrine dysfunction are lacking. Liaison between endocrinologists and oncologists is required to increase our understanding of the pathogenesis and course of these phenomena and to standardise care pathways.