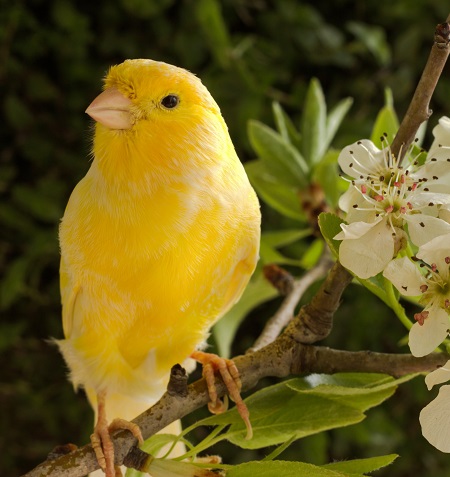 The neural basis for the alteration of learned vocalisations through development and adulthood is known to be related to the action of sex steroid hormones. Using male canaries (Serinus canaria) as a model, Alward et al. examined how steroid signalling in the brain affected particular features of their song. Male canaries are a good model for this type of study, as they show extensive vocal plasticity throughout life, paralleling vocal development in humans.

By blocking androgen receptors in two key brain regions involved in singing – the robust nucleus of the arcopallium and the HVC – the researchers were able to tease out which aspects of song were affected. Androgens in the HVC were found to affect song variability, including how often the birds used a particular syllable, the order of syllables and the duration of trills. Meanwhile, androgens in the arcopallium regulated the syllable and trill bandwidth.

These results show that androgen signalling has precise effects in the canary brain, regulating distinct features of complex motor output in an exact and non-redundant manner.