Kisspeptin: the master regulator of reproduction?

Back in 1996, a research team led by Danny Welch at the University of Pennsylvania (Hershey, PA, USA) first identified the kisspeptin gene (KISS1) for its anti-metastatic properties in malignant melanoma.1 Little did they know that, over 20 years later, kisspeptin would be positioning for the role of master regulator of reproduction. 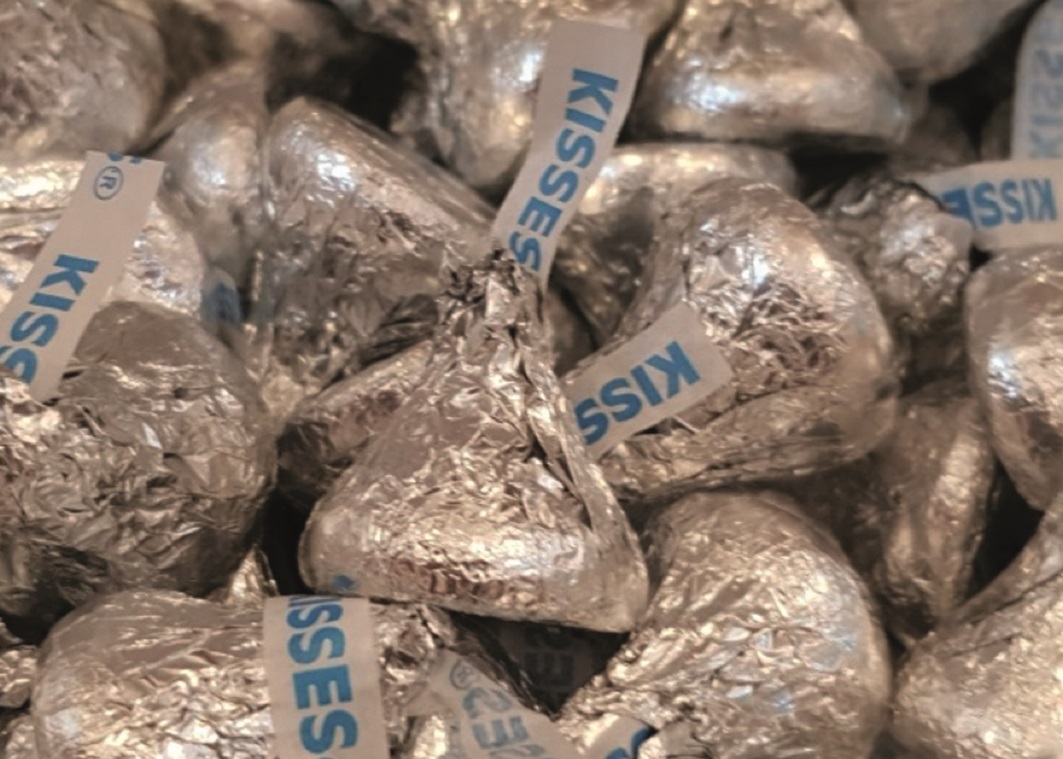 Figure 1. Hershey’s Kisses, the chocolates that gave their name to kisspeptin. ©A Comninos and W S Dhillo

They named it after the most famous local product from their university campus town in Hershey: the chocolates called ‘Hershey’s Kisses’ (Figures 1 and 2). It seems therefore somewhat appropriate that kisspeptin, containing as it does the word ‘kiss’, would several years later emerge as a key hormone in reproduction.

It was in 2003, 7 years after the initial discovery of kisspeptin, that its crucial roles in reproduction began to emerge. Two large consanguineous families (from France and Saudi Arabia) had sought medical review for infertility. Five of the eight children in the French family and six of the nineteen children in the Saudi Arabian family were diagnosed with infertility due to hypogonadotrophic hypogonadism.2,3 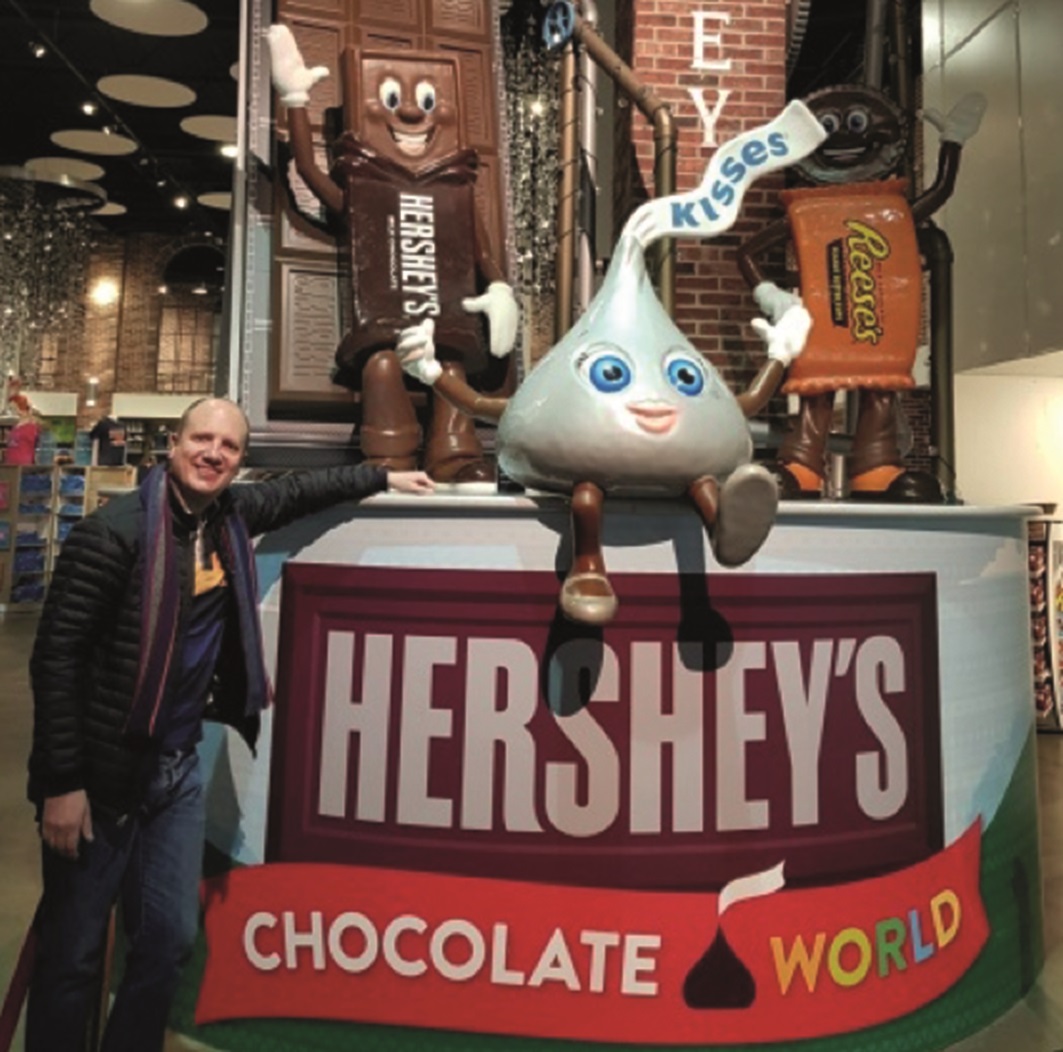 Figure 2. A visit to the Hershey’s chocolate factory in Pennsylvania. ©A Comninos and W S Dhillo

THE APEX OF THE AXIS 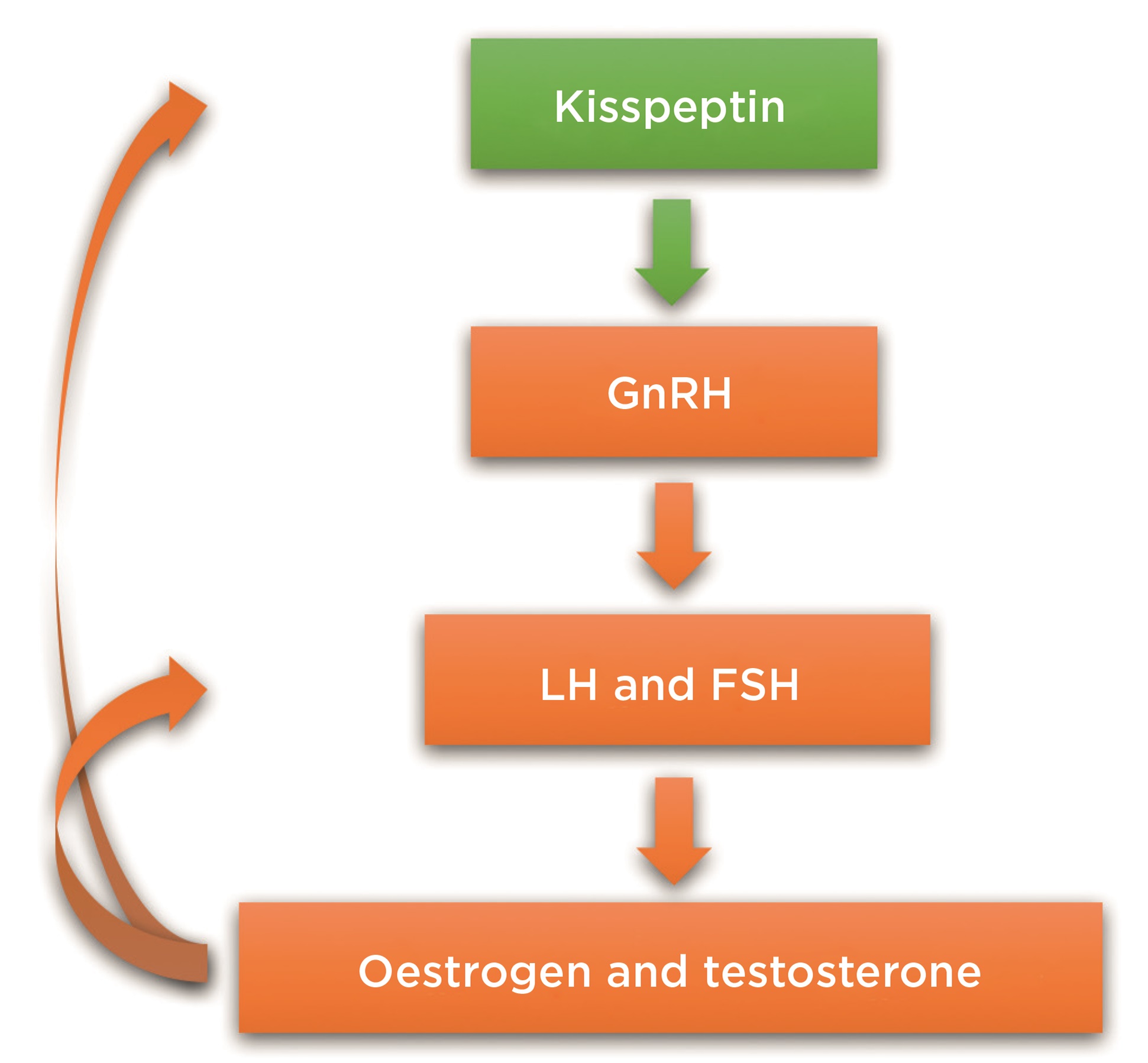 The ability of kisspeptin to regulate reproductive hormones was studied in earnest over the next decade in a variety of species (from zebrafish to humans).7,8 These studies revealed that kisspeptin neurones integrated with a variety of other hormones and neuropeptides, including prolactin, leptin, pro-opiomelanocortin, neuropeptide Y, vasopressin, oxytocin, GABA (γ-amino-butyric acid), glutamate, nitric oxide, neurokinin B, dynorphin, serotonin and dopamine. This placed kisspeptin in the centre of a web, orchestrating the reproductive, metabolic and behavioural control of reproduction. 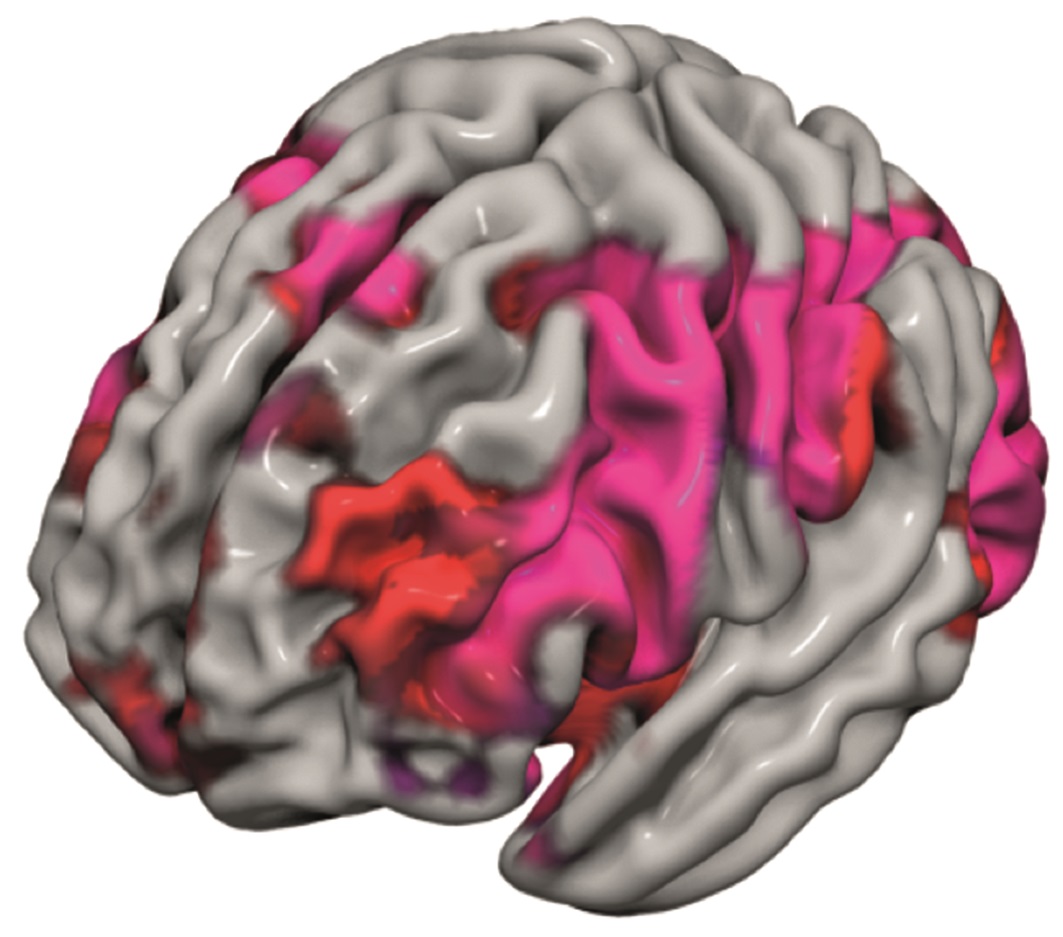 A ROLE IN BEHAVIOUR

Interestingly, kisspeptin signalling also occurs in key behavioural (e.g. limbic) structures of the brain and can influence reproductive hormone release.12 With this finding, we became particularly interested in how kisspeptin may modulate human behavioural processing encompassing sex and emotions.

Our human data, combined with studies in animals,14–17 therefore suggest that kisspeptin can also modulate sexual and emotional processing, thereby integrating these with reproduction, perhaps to ensure survival of the species, or at least contributing to an urge for sexual activity. This opens up the exciting possibility that kisspeptin-based therapies may help patients with psychosexual dysfunction

ROLES BEYOND THE BRAIN

Kisspeptin also has roles in reproductive tissues beyond the brain, with studies implicating kisspeptin signalling in ovarian and uterine function, embryo implantation and placentation, as well as in testicular and sperm function.18 Therefore, kisspeptin modulates not only central reproductive effects, but also acts directly on reproductive organs.

Danny Welch and colleagues in 1996 surely had no idea that, two decades after identifying the kisspeptin gene for its anti-metastatic effects, kisspeptin would be the subject of such excitement in the field of reproduction. Nearly 2,000 papers have been published since then, collectively demonstrating the crucial and multi-faceted roles of kisspeptin.

Indeed, last year, together with other kisspeptin researchers, we organised the 3rd World Kisspeptin Conference in Orlando (FL, USA), which was perhaps the equivalent of a ‘Kisspeptin Disney World’ such was the academic excitement experienced by all!

One particular area of excitement is how we can develop this basic, translational and clinical kisspeptin research into practice, for the benefit of our patients. In beginning to answer this, several studies have demonstrated that kisspeptin-based therapies may have a role in idiopathic hypogonadotrophic hypogonadism, hypothalamic amenorrhoea, hyperprolactinaemia, in vitro fertilisation, polycystic ovarian syndrome and psychosexual disorders.10,13,19,20 Translating these possibilities into routine clinical use will be the challenge for the next decade of kisspeptinology.

So is kisspeptin, indeed, the master regulator of reproduction? Certainly, its newly identified roles in reproductive hormone and organ control, feedback mechanisms and integration with metabolism, as well as in sexual and emotional behaviours, would suggest it may indeed be precisely that.