The impact of in utero environmental exposure on the future health of offspring is now an established concept in both science and society. We are bombarded with information about how the environment may affect our long term health. However, unpicking the evidence from a wealth of different chemicals and experimental designs to form definitive conclusions about the possible impact on humans is complex.

‘Endocrine disruption’ is often used to refer to the effects of such environmental exposures. However, whilst there may be many mechanisms by which these agents could impact physiological function, the term ‘endocrine disruption’ should be reserved for those that directly effect hormone production or action.

One of the first areas in which endocrine disruption was related to the impact of environmental exposures was male reproductive health. This remains the most commonly researched field, based largely on rodent studies. 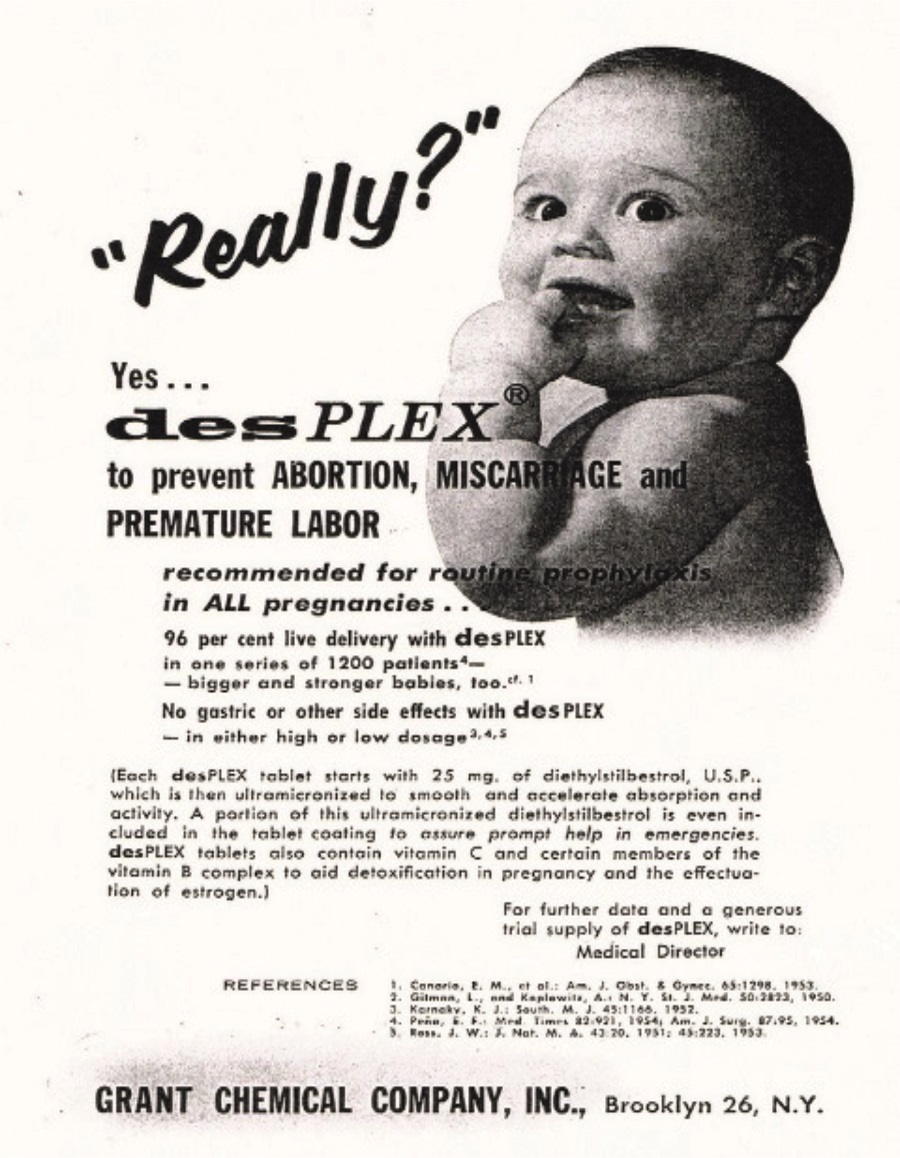 WHERE HAVE WE COME FROM?

In the 1950s, diethylstilboestrol (DES), a synthetic oestrogen, was first used as a therapy for preventing miscarriage and preterm birth. It was widely promoted to pregnant women. However, by the end of that decade it had become apparent that exposure was associated with the development of vaginal malignancy in a small number of female offspring. Furthermore, a weak association with some male reproductive disorders, linked to a reduction in fetal testosterone production, was described. As a result of these findings, DES was withdrawn from clinical use.

Interestingly, despite evidence from rodent studies to support the association between DES exposure and reduced testosterone production by the fetal testis, no effect was demonstrated in studies involving human fetal testis exposed to DES, highlighting the importance of validating the results of rodent and epidemiological studies in experimental models that utilise human tissues.1

Over the next few decades, a limited number of studies reported the effects of pharmaceuticals on male reproduction. However, from the late 1990s, attention turned to the potential for analgesics to affect male reproductive health. Several epidemiological studies described an association between in utero exposure to analgesics and the development of male reproductive disorders (including testicular maldescent and hypospadias) in males born to exposed mothers.2 Experimental evidence has subsequently demonstrated effects of exposure to analgesics on the human fetal testis.3 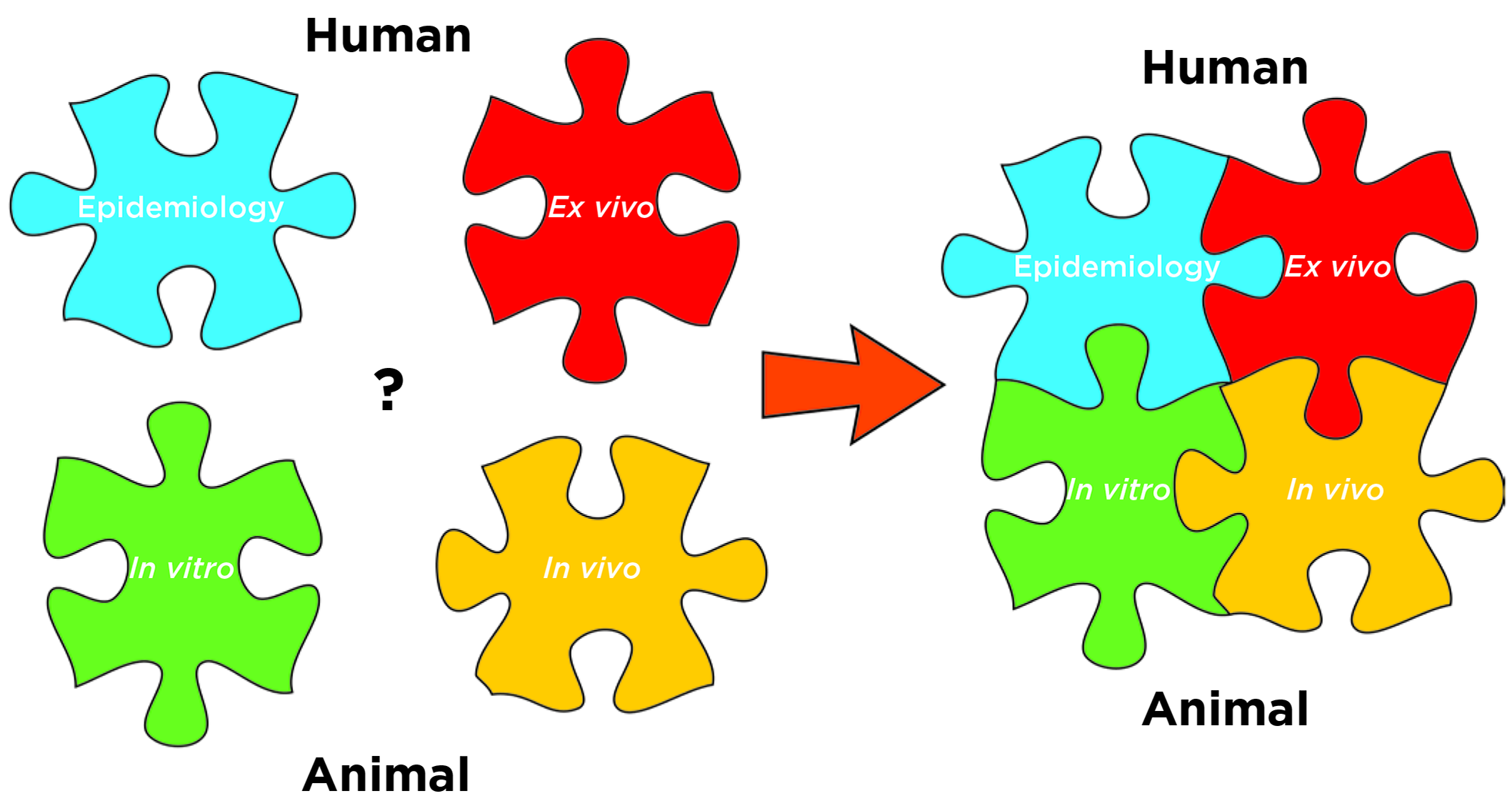 WHERE ARE WE NOW?

Recently, experimental systems have been developed that utilise human fetal tissues. These have resulted in a number of publications investigating the effects of human-relevant dose and duration exposures using in vitro or xenograft approaches.

The recent development of a xenograft model to investigate the effects of exposure to proposed endocrine-disrupting chemicals has provided an ex vivo system in which to model human-relevant exposures over a more prolonged period than can be achieved with tissue culture in vitro, in a physiological system that aims to mimic human pregnancy. This involves administration of therapeutic regimens of analgesics to rodents carrying xenografted human fetal testis tissues.

Importantly, whilst the effects on testosterone production can be considered as ‘endocrine disruption’, the analgesic effects on germ cells appear be mediated by modulation of prostaglandin signalling.5 This highlights the fact that, although an agent may be labelled as an endocrine-disrupting chemical, it may also lead to effects that arise through non-endocrine disrupting mechanisms.

WHERE DO WE GO FROM HERE?

So what is the current message regarding the use of analgesics in pregnancy? Overall, current evidence suggests that in utero exposure to therapeutic doses of analgesics (including paracetamol and ibuprofen) may result in negative effects on testosterone production in males and on germ cells in the male and female gonad.

However, given the limitations with human research, we still do not know what the long term impact of analgesic exposure during pregnancy might be on subsequent reproductive health and fertility. It is also important to remember that controlling pain and fever is important for the health of the mother and baby. Therefore, a pragmatic approach should be adopted in line with existing guidance.

Medications such as ibuprofen are already contraindicated in the first trimester and from 30 weeks of gestation, due to the risks of miscarriage and fetal cardiac abnormalities respectively. In the case of paracetamol, it should be used at the lowest effective dose for the shortest possible duration, and only where deemed necessary.

What has become clear from research into endocrine-disrupting chemicals is that, in order to assess the impact of proposed endocrine disruptors, it is necessary to combine knowledge gained from epidemiological studies with experimental approaches using rodent models and human tissues.

Whilst each approach provides valuable information, none of these approaches should be considered in isolation. Epidemiological studies demonstrating association must be confirmed in experimental models to determine the mechanism and should be further confirmed using human-relevant experimental systems. Care must be taken to ensure that epidemiological studies are rigorously conducted, ideally involving prospective design in order to assess accurately pharmaceutical use during pregnancy: not an easy task! Experimental models need to reflect how human exposure occurs in terms of route, dose, duration and mechanism of action.

Clinical advice and regulation of the use of environmental agents and pharmaceuticals during pregnancy is dependent on high quality scientific evidence. Collaborative work to combine the epidemiological and experimental evidence, and the refinement of human-relevant models that will permit new understanding of how the environment impacts on testicular development and function, may be key steps in achieving this goal.

Kisspeptin: the master regulator of reproduction?
Top
Obesity in pregnancy: is the next generation at increased risk?