Improved information provision for women going through menopause is essential to enable them to make informed choices about management and maintain health and well-being through the climacteric period.

The average age of onset of menopause is 51 years, but there is significant variation. Approximately 1% of women experience menopause before the age of 40 years, this is described as premature ovarian insufficiency (POI). High-dose alkylating agents and ovarian radiotherapy are associated with POI and the overall prevalence of POI in childhood cancer survivors was found to be 10.9% in a recent publication.1 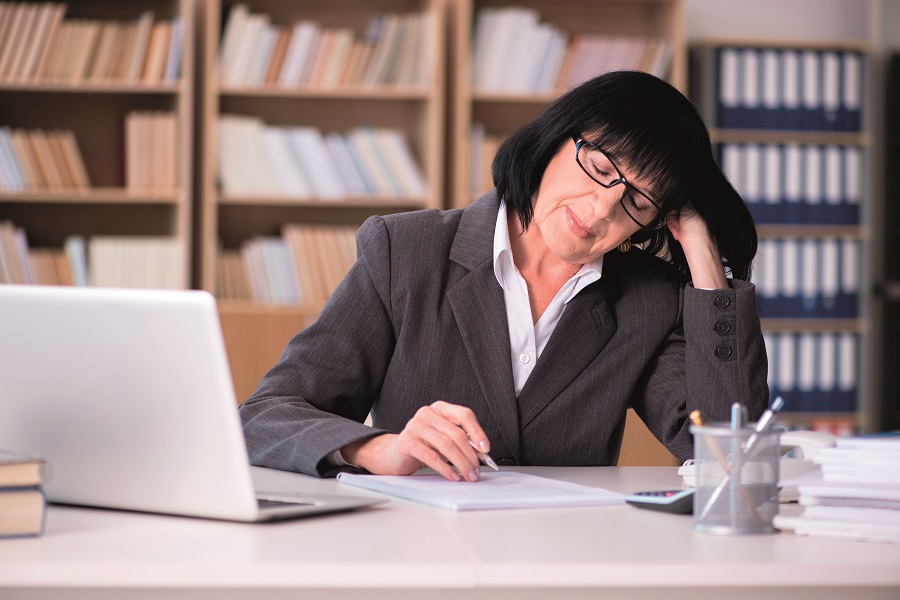 Approximately 70% of women will suffer with symptoms. These may occur before menopause is biochemically evident. In most women, symptoms spontaneously improve over 4–8 years. The majority of women do not seek medical intervention and, of those who do, many will require only information and advice. However, around 25% have problematic symptoms that may need treatment.

Vasomotor symptoms are the main reason that women seek help. A variety of other problems can, however, be quite distressing, including sleep disturbance, mood changes, fatigue, joint pains, sexual dysfunction, urogenital symptoms and skin and body habitus changes, among other issues.

Our primary care colleagues will do their best to manage patients with milder symptoms. However, there is likely to be a steady stream of women suffering severe symptoms, and those with more complex medical backgrounds, including cancer survivors and women with POI, who require more specialised guidance on management. So this is a topic we all need to know about!

In recent years, the press has given ever-increasing publicity to this topic. In November 2015, the National Institute for Health and Care Excellence (NICE) guidance on menopause and its management was published.2 The European Society of Human Reproduction and Embryology (ESHRE) published a guideline on management of POI in the same month,3 focusing on the unique management needs of this cohort. Collaborative recommendations for POI surveillance for female survivors of childhood, adolescent and young adult cancer were published in 2016.4

The NICE guidance received considerable interest in the general media. In particular, a multitude of media reports suggested that menopausal women were experiencing workplace discrimination. There were 3.5 million women aged 50–65 in employment in the UK in 2013. An estimated 10% of women had taken days off work because of menopausal symptoms, but only one in four had discussed their symptoms with their line manager.

The Chief Medical Officer (CMO), Professor Dame Sally Davies published a press release in December 2015, which called on employers to create a culture where women feel comfortable discussing menopause in the workplace. At the request of the CMO, the Faculty of Occupational Medicine (FOM) produced guidance on menopause and the workplace in 2016.5 The guidance was featured in a documentary for ITV’s Tonight programme: ‘The Truth about the Menopause’.

More recent social media interest has included the Society for Endocrinology’s Public Engagement Committee Chair, Maralyn Druce, who was interviewed in 2018 by Manuela Saragosa on a BBC Business daily podcast about oestrogen and the menopause.6

These public engagement exercises are most welcomed by the public, who may receive conflicting information from the lay press about menopause and its treatment.

Following on from the initial results of the Women’s Health Initiative (WHI) published in 20027 and the Million Women Study publication in 2003,8 use of hormone therapy took a sharp downturn, because overall health risks were thought to exceed benefits for all women. However, subsequent subgroup analysis from the WHI and many other studies have clearly shown that younger women and those close to menopause have a beneficial risk-to-benefit ratio.

In younger women treated with hormone therapy, the number of cases of venous thrombosis and ischaemic stroke was low. Breast cancer rates were also low and were found to be decreased with oestrogen therapy alone. Long term benefits of oestrogen therapy on bone health are undisputed.

Studies of risks linked with duration of treatments, dose and route of delivery, use of micronised progesterone (rather than synthetic progestogens) for endometrial protection in women with an intact uterus, and the use of oestrogen alone in hysterectomised women, have demonstrated that risk stratification can be applied to minimise previously documented cardiovascular, thromboembolic and breast cancer risks and also to identify those unsuitable for hormone therapy.

It has been argued that, since WHI, many women have been denied hormone therapy, including those with severe symptoms, and that this may have significantly disadvantaged a generation of women.

A significant proportion of women are unable to use hormone therapy due to risk factors and comorbidities. A number of non-hormone pharmacological therapies and natural approaches are available that women often find useful.9

For women suffering severe menopausal symptoms an individualised, tailored approach to management is critical for a successful outcome.

A pregnancy audit for women with Turner syndrome and CAH
Top
Testosterone treatment and cardiovascular risk: an unanswered question