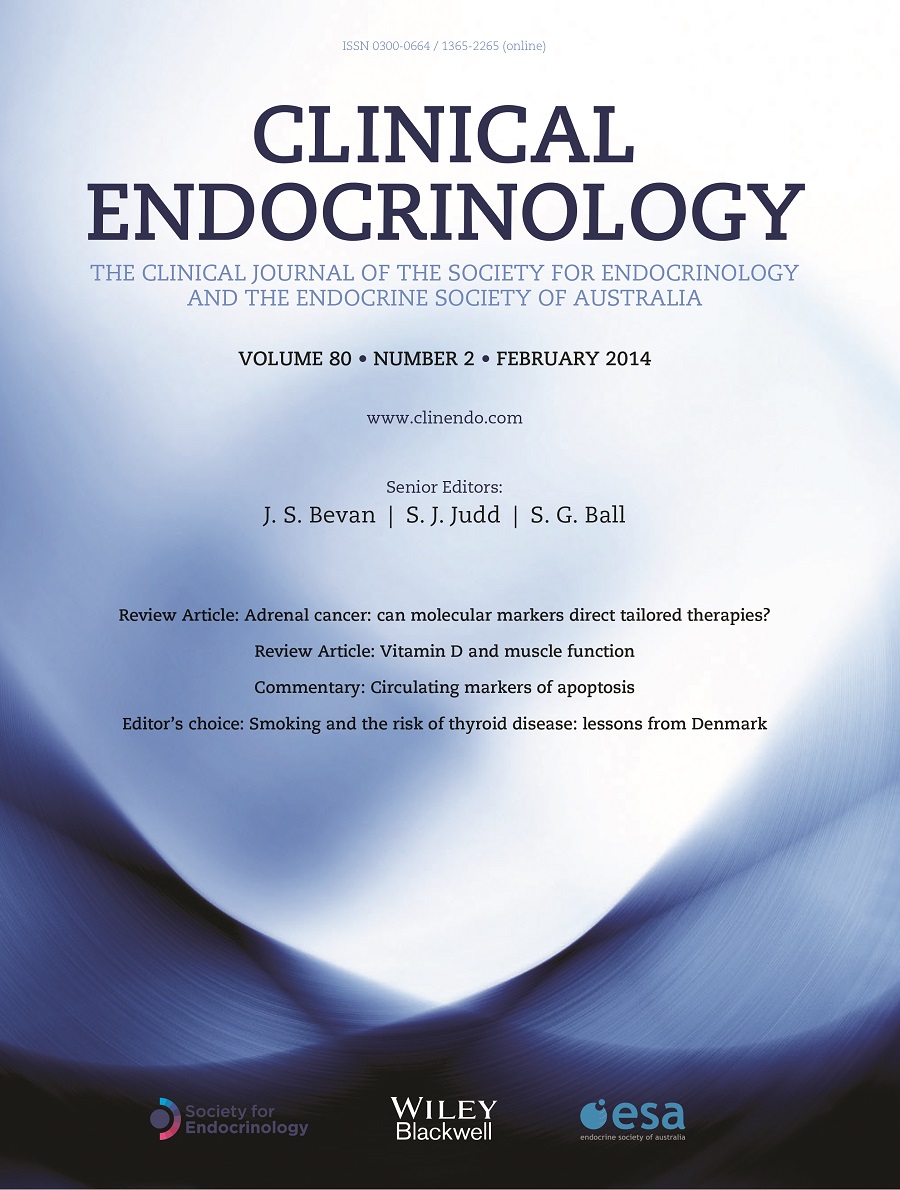 Whilst GH replacement is no longer a hot topic, safety issues remain in the product information literature, which cause concern, in particular for those who have survived childhood cancer.

Stochholm and Kiess report on an impressive number of patients (>150,000) taken from post-marketing surveillance databases. Studies were not pooled but reported per individual database and numbers were still impressive. For example, Pfizer databases include >83,000 children and >16,000 adults, and those held by Eli Lily have 22,929 children and >10,000 adults.

The observational data showed that GH was not associated with an increased risk of new malignancy, leukaemia, non-leukaemic extracranial tumours or recurrence of intracranial malignancy in patients without risk factors during GH treatment. There was evidence of an increased incidence of a second neoplasm in children previously treated for cancer (3.8% and 6% in two of the studies reported), particularly if they had received radiation therapy for a central nervous system tumour. It remains likely that factors other than GH treatment, including genetic predisposition, high grade/metastatic disease, high dose chemotherapy and era of treatment, are the reasons for the second malignancy. Second malignancy was well reported in this patient cohort and there were no case controls. A recent meta‐analysis reported no increased risk for secondary malignancies among adults with hypopituitarism treated with GH. There did seem to be an increased risk of type 2 diabetes in obese adults on GH.

The authors suggest there are insufficient data to comment on an increased rate of growth for craniopharyngioma and non-functioning pituitary adenoma. Whilst no risk of regrowth was noted, these are slow-growing tumours and it was felt that more than 20 years of follow up was needed to answer this question.

These data are reassuring and there is no evidence to suggest that GH replacement should be withheld on safety grounds. The authors dedicated the manuscript to Jens Sandahl Christiansen, a giant in the field of GH physiology and study of metabolism, who is fondly remembered by many.