Join us as we sit in on a fascinating conversation between early career clinician scientist Kerri Devine and senior academic Philippa Saunders, as they cover the challenges of networking, peer support, balancing family and budgeting time.

P: How has your career developed so far?

K: After undergraduate medicine with an intercalated BSc, 7 years of clinical training, including 2 years as a diabetes and endocrinology registrar, I’ve just become a student again and started my PhD.

P: How did you manage to get taken on to do a PhD, because that’s quite a big step isn’t it?

K: It is a big step and I think, perhaps especially for women, that timing is everything. I came to Newcastle for my specialty training and knew I wanted this to include some time in research. I initially approached Simon Pearce (my co-supervisor on my PhD) who introduced me to Brian Walker. He had recently come to Newcastle and was actively looking for someone to join him on an existing project. So I was looking and they were looking for me, and we matched!

P: Did your local NHS Postgraduate Dean have to give permission for you to take time out? 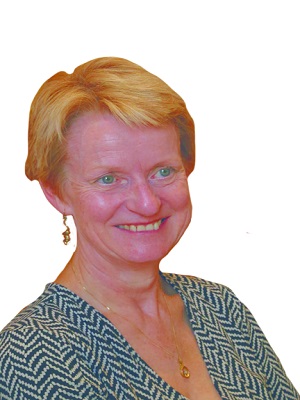 K: Yes, that is essential. I sit on the regional Specialty Training Committee and I’m also on the Early Career Steering Group for the Society for Endocrinology. Because of recent issues with trainee recruitment, trainees entering research is an area that could be compromised. I know the Deanery are really passionate about trainees still going into research, but it is a concern and such a key aspect of the specialty.

P: This highlights the importance, I believe, of leadership within our universities. By that, I mean it is important that senior academics both encourage and support clinical research trainees. One of my biggest tips for making the most of this training opportunity is to think ahead to your exit strategy. It is good to make sure that you draw not only on the support of your supervisors but also on that of a peer group. Some of the best support I’ve had in keeping going as a woman in science has come from peers.

K: I’m fortunate to work alongside female clinical academics who have now come out of training and who have been very supportive and very encouraging. Some of them are also mothers now, and they give advice on how to maintain balance and demonstrate that it is possible. I think that is so helpful and inspiring.

P: Yes, the team around you can be vital. So what have you done so far in your PhD?

K: My project is on tissue-specific differences in steroid metabolism, focusing on the ABC (ATP-binding cassette) transporter family. I’m following on from work by Catriona Kyle, who was a winning presenter at the Society for Endocrinology BES conference. At the moment, I’m going through the process of procurement and sponsorship for a clinical study. It’s a big change for me. I’ve gone from having every moment of my day accounted for and planned by someone else, to having to plan everything for myself.

P: That’s a very honest appraisal of the real differences between feeling each day is full and that you can make a difference to people, and moving to the self-directed aspect of PhD work. Keep in mind why you’re doing it and what you want to get out of it, because that can be really helpful in keeping up momentum and remaining positive when things are going slowly. Are you going to do any work with patients or is it all very much a science project?

K: No, a large part of my work will be on healthy volunteers, but it’s a pathway to providing new solutions for patients that could make a big difference. Congenital adrenal hyperplasia (CAH) is an intended target patient group, so I’m making links with the teams in Newcastle who are looking after patients with CAH, and hope to continue this relationship after the PhD. 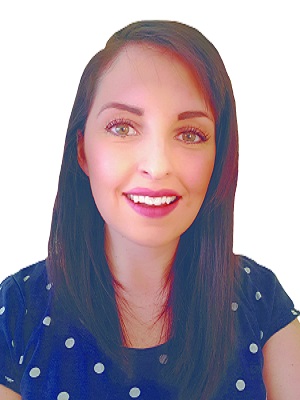 P: Building all those links is great, and will be invaluable in making the transition to the next stage of your career. I think it’s very important not to be shy about going to meetings and making sure you take every opportunity to present your work.

K: Something I’ve heard discussed recently is that women can appear less inclined to respond to calls to present their work – to call themselves experts on the topic – and to step forward. Is this something that you have found?

P: I think there is plenty of evidence that women can be reluctant to put themselves forward for senior or leadership roles. Personally, I would say it’s not that we don’t have confidence in our own expertise, but I know I have felt anxious that if I am not successful it will in some way reflect badly on me and I will be labelled as being ‘pushy’.

K: I’ve found it so helpful if someone who has ‘been there before’ supports you to put yourself forward. It does give you that extra self-belief.

'Draw down on every bit of support you can get'

K: Earlier, you mentioned maintaining momentum. I think this is something that naturally puts women at a disadvantage. The stage at which you might start to publish, and to develop some form of reputation in the field, is also the time when you are reaching the point of having a family. How do you juggle that?

P: There’s no right or wrong time. Children don’t come to order. You mustn’t short-change yourself by cutting maternity leave short because you think you’re going to miss out at work.

Maintaining momentum is very much about putting things in place that can back you up. So, before going on maternity leave, make sure you have people who are going to communicate with you, maybe get a small grant before you go off so you’ve got something to come back to. It’s all about building structures and networks so that you’ve got a support system.

That would be my top tip – draw down on every bit of support you can get.

K: In your position, you must be called upon to do so much. Do you ever feel like you can say no?

P: You have to learn to say no. When you’re trying to establish your career, you’re tempted to say yes to everybody and everything, but this can make you tired and resentful. Also, if there are fewer senior women in the department, they tend to get asked to do more.

I am pleased to say that things are improving rapidly, which is good, as it used to be unbelievably sexist. I was once asked to be part of a funding application by the head of the department as they needed ‘a non-clinical woman’ on the group. It wasn’t anything to do with my skills or talents, it was just to ‘tick a box’! After we got the money I felt bolder; I told them they had to give me a personal Chair and they did so. Sometimes being a bit tough can pay off!

K: Do you think attitudes have changed to women in academia as you’ve moved through your career?

P: I think attitudes are improving.

K: You mentioned that at the Academy of Medical Sciences you do lots of things to try and encourage women into those prestigious senior positions?

P: We’re really trying to encourage people to get nominated. We insist that every committee is gender-balanced, and that everyone has to be trained in unconscious bias.

It’s difficult to hit our target of 35% of elected fellows being women, but it’s much better with grants and other schemes. Certainly on the grant panel I run – which is called ‘Springboard’ – the split among successful grant recipients is 50:50 between men and women. The Academy has some particular schemes that support women: one called Inspire is aimed at medical students, and the other, for lecturers, is called Sustain.

In terms of the fellowship, the Academy started 20 years ago, and there was a founding fellows pool where people were invited to be fellows – only 7% of those were women! Our target is 35% women to be elected each year. We’re currently at about 33%, so there is still some way to go.

K: Yes absolutely. My supervisors are very supportive and experienced in working with clinicians, with women in research and with managing career breaks. And, as you say, we do always have an eye on what is going to come next. Going back into clinical medicine is going to be a big challenge. I won’t have been practising for a few years. It’s going to be a learning curve, both in terms of getting back into practice and in trying to keep some research going at the same time. And that’s exactly the kind of time I’d be thinking about starting a family.

P: I’ve seen that with so many people and I think, if you’re aware of that, you can mitigate against it. But it is a hard thing to go back. The PhD is just a really special time.

K: What is it about it that’s so special?

P: It’s that freedom. It’s your project. What an incredible privilege to be able to spend 3 years working on something you’re interested in, with the aim of improving medical care.

K: The ultimate privilege, isn’t it? I only hope I can get everything done on time!

P: Be organised, get yourself out on time. It’s much easier because then you can apply for other things, otherwise you do lose momentum. I think that’s important. Good luck!

What you don’t know can’t hurt you … can it?
Top
Menopause in the workplace: introducing good practice