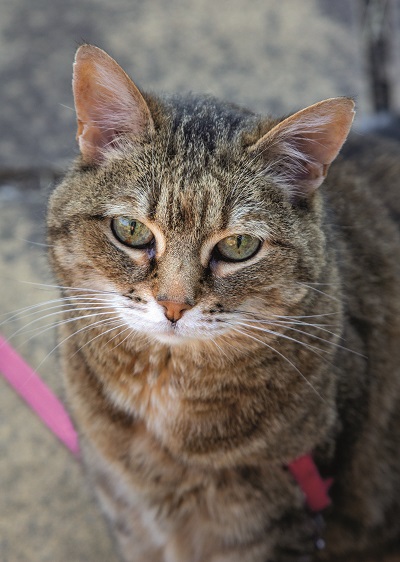 Arguably, the greatest technological advance of the late 20th century was the internet. It was initially seen by many as an invention to connect humans across the globe almost instantaneously. We now know that the greatest use of the internet is to share millions of videos of Felis catus – the domestic cat – doing all sorts of ridiculous things.

The relationship between cats and their co-habiting humans (does anyone truly ‘own’ a cat?) dates back thousands of years, with evidence suggesting the Greeks and Romans introduced cats to households. But, beyond this historical partnership between cats and humans, what have cats really done for us endocrinologists?

Well, quite a lot. From an endocrine perspective, it probably comes as little surprise that dogs genuinely ‘love’ their favourite humans (showing a 57% increase in basal oxytocin levels when they see us), whereas cats feign mild tolerance (with a 12% oxytocin rise in response to their humans). But, despite their apparent disdain for us, cats provide us with excellent opportunities to try to understand disease mechanisms in several common endocrinopathies.

Our recent retrospective analysis of over 4500 cats identified that breeds with colour point mutations in the tyrosinase gene (e.g. Burmese, Tonkinese, Siamese) are protected against hyperthyroidism.1 The hypothesis is that, with less tyrosine being utilised to contribute to pigmentation, more is available for thyroid hormone synthesis (which subsequently reduces ‘pressure’ on the thyroid gland).

Exposure to endocrine-disrupting chemicals (EDCs), such as polychlorinated and polybrominated bi/diphenyls (PCBs and PBDEs), has also been implicated in the aetiology of feline hyperthyroidism.2 So, domestic cats, due to sharing human living environments, and having undergone similar lifestyle changes, may perform an intriguing role as a sentinel species, warning us of other risk factors in the development of endocrine disease.

As with humans, the incidence of spontaneous type 2 diabetes mellitus (T2DM) has increased substantially over the past few decades. Research into predisposing factors in cats reveals familiar causes, such as polymorphisms in candidate genes (e.g. MC4R), obesity, age and inactivity. But, strikingly, within this growing population of diabetic cats, over 25% of affected animals appear to present with T2DM secondary to acromegaly (or hypersomatotrophism (HST), in veterinary terms).3

Often, these cats present as difficult to control diabetics, but cats with acromegaly also share several clinical signs that are similar to disease symptoms in humans, such as increased paw size, and craniofacial and teeth abnormalities. Upon computed tomography or magnetic resonance imaging, cats with acromegaly typically display an enlarged pituitary mass, often protruding into the sella turcica. Through pioneering neurosurgery, the Royal Veterinary College team lead initially by Patrick Kenny, and now Joe Fenn, has compiled the largest cohort of feline acromegalic patients treated by hypophysectomy. This surgical approach has resulted in diabetic remission in over 70% of patients, leading to discontinuation of insulin administration within 9 days.4

Our subsequent histopathology and molecular analyses of these tumours revealed hallmark characteristics, such as loss of reticulin structure, enhanced immunoreactivity for growth hormone, and enhanced expression of somatostatin receptor subtypes (SSTR 1, 2 and 5).5 The expression of SSTRs, as well as the D2R dopamine receptor, mean that these cats can potentially be treated with pasireotide6 or carbergoline,7 although larger cohort studies are required to confirm the effectiveness of these medical therapies.

'At a time when more authentic animal models of diseases are sought, spontaneously occurring endocrinopathies in companion animals present a currently untapped source of knowledge.'

Compared with the wealth of literature describing acromegaly in humans, much more needs to be understood about the disorder in cats before we can determine whether they are a valuable spontaneous model of the disease.

The association between organohalogenated EDCs and hyperthyroidism in cats has also been implicated in feline acromegaly. Analyses of plasma samples from cats with acromegaly has found levels of some PCB/PBDE compounds to be elevated, compared with healthy control animals.8 Our preliminary in vitro studies have shown that proliferation of GH3 somatolactotroph cells is stimulated by various ‘cocktails’ of PCBs/PBDEs, providing a potential mechanism by which these growth hormone-secreting tumours may arise.9

At the molecular level, in another small cohort study, we have found single nucleotide polymorphisms within the AIP gene in cats with acromegaly. These are not present in healthy controls,10 and provide an intriguing candidate to pursue.

From the clinical management perspective, moving to a tumour resection approach, rather than hypophysectomy, to treat these pituitary tumours in cats would be an advantage. Currently, these hypopituitary patients are supplemented with glucocorticoids, thyroxine and desmopressin post- operatively, but perhaps having also made these animals oxytocin-deficient may contribute to social and behavioural problems as they recover?

At a time when more authentic animal models of diseases are sought, spontaneously occurring endocrinopathies in companion animals presents a currently untapped source of knowledge. It has been said that ‘living with cats is a lesson in consent’ – as long as they allow us to, there is much to learn from our furry feline friends.

Endocrinology and immunology: the benefits of cross-talk
Top
We need to talk about admin...