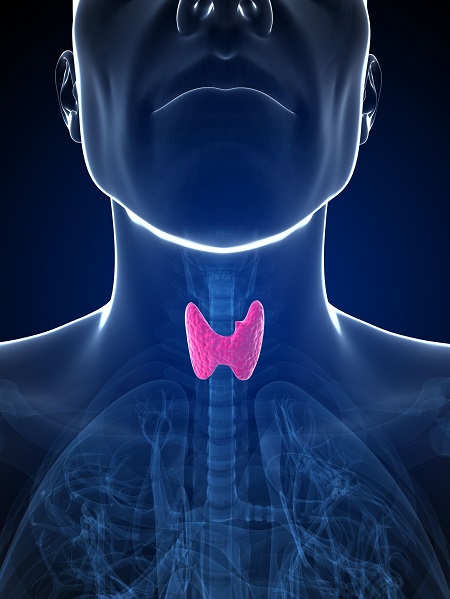 Over 1 million people in the UK take levothyroxine sodium (L-T4). The goal of therapy is to restore patient well-being and normalise serum thyrotrophin (TSH) levels. Most patients respond satisfactorily, but a minority of treated individuals experience persistent symptoms despite adequate biochemical correction. The care of such individuals is challenging and remains the subject of considerable public interest.

Synthetic forms of L-T4, available since the 1950s, were introduced without any consideration of the need for randomised controlled trials. The existing porcine thyroid extracts were far from physiological, as the pig thyroid produces thyroxine (T4) and tri-iodothyronine (T3) at a ratio of 4:1, compared with the ratio of 14:1 in human thyroid.

Evidence appeared of potential harm from L-T4 over-replacement, including atrial fibrillation and bone loss, particularly in postmenopausal women. More accurate serum TSH measurement meant that patients were prescribed lower doses of L-T4 than in earlier decades, which were more closely matched to their serum TSH, T4 and T3 levels.

THE USE OF COMBINATION THERAPY

Endocrinologists should rule out autoimmune disease associated with thyroid autoimmunity, reassure patients about their condition and support them in coming to terms with a chronic disease requiring lifelong medication. If symptoms still persist for 6 months or more, some endocrinologists will consider combination treatment on an experimental basis.

‘Sudden withdrawal of L-T3 therapy is not supported, as clinical need should come before financial considerations.’

In 2016 the British Thyroid Association (BTA) published a statement endorsed by the British Thyroid Foundation and the Society for Endocrinology on current best practice for the management of primary hypothyroidism.1 A decision to embark on a trial of L-T4/L-T3 combination therapy in patients who have unambiguously not benefited from L-T4 should be reached following an open and balanced discussion of the uncertain benefits, likely risks of over-replacement and lack of long term safety data. Such patients should be supervised by accredited endocrinologists with documentation of agreement after fully informed and understood discussion.

Recently, many patients have been informed of a lack of L-T3 availability on the basis of cost. The price increase in L-T3 has arisen because generic products in the NHS are not price-controlled to encourage competitive pricing and keep prices down. However, this can have the opposite effect where there is a limited number of suppliers for a product, as suppliers can choose to increase prices unilaterally.

Several years ago, L-T3 became generic with a single supplier, Goldshield, which became AMCo, and now Concordia. There has been a gradual price increase, particularly in the last 3 years, and this increase appears to have occurred more notably in the UK relative to other European countries. The Competition and Markets Authority (the competition watchdog) has investigated and is due to report shortly.

Sudden withdrawal of L-T3 therapy is not supported, as clinical need should come before financial considerations. For patients who are long established on L-T3 and are thought to be stable, a change to L-T4 monotherapy should not be implemented without careful discussion. In such cases, change of treatment may result in significant instability of thyroid status and potentially undesirable clinical outcomes, which may prove more expensive than continuation with L-T3 therapy.

For patients with hypothyroidism who are not on L-T3 but wish to be treated with L-T3, the principles in decision-making should be in accordance with those outlined in the BTA statement and in line with the best principles of good medical practice. Combination treatments of L-T3 and L-T4 should only be initiated and supervised by accredited endocrinologists.

In patients where it is agreed to switch from combined L-T3 and L-T4 treatment or from L-T3 monotherapy to L-T4 monotherapy, the transition should be made cautiously and gradually, aiming to avoid under- or overreplacement with thyroid hormones. The final L-T4 requirement is likely to be around 1.6µg/kg. Any information about previous L-T4 dosage that achieved a serum TSH within the reference range will be a useful guide that predicts the individual requirement.

Because of the long half-life of L-T4 and the short half-life of L-T3, a ‘onestep straight switch’ from L-T3 to L-T4 may result in a phase of underreplacement, especially in those previously treated with L-T3 monotherapy. Gradual reduction of L-T3 at the same time as introducing L-T4 may be a preferable alternative. Frequent assessment of clinical and biochemical thyroid status is recommended until stability is reached. Awareness of the pharmacokinetics of L-T3 and L-T4 is important in interpreting thyroid function tests during the transitional period.

In patients with thyroid cancer, where L-T3 is being recommended in preparation for radioiodine therapy or diagnostic imaging, access to L-T3 is imperative and substitution with L-T4 is inappropriate. L-T4/L-T3 combination therapy is not recommended in pregnancy, patients over the age of 60 or patients of any age with known heart disease, as additional care is required to avoid over-replacement. Desiccated animal thyroid extracts remain not recommended in the management of hypothyroidism.

Mark Vanderpump is the former President of the BTA.

The genetic basis of congenital hypothyroidism