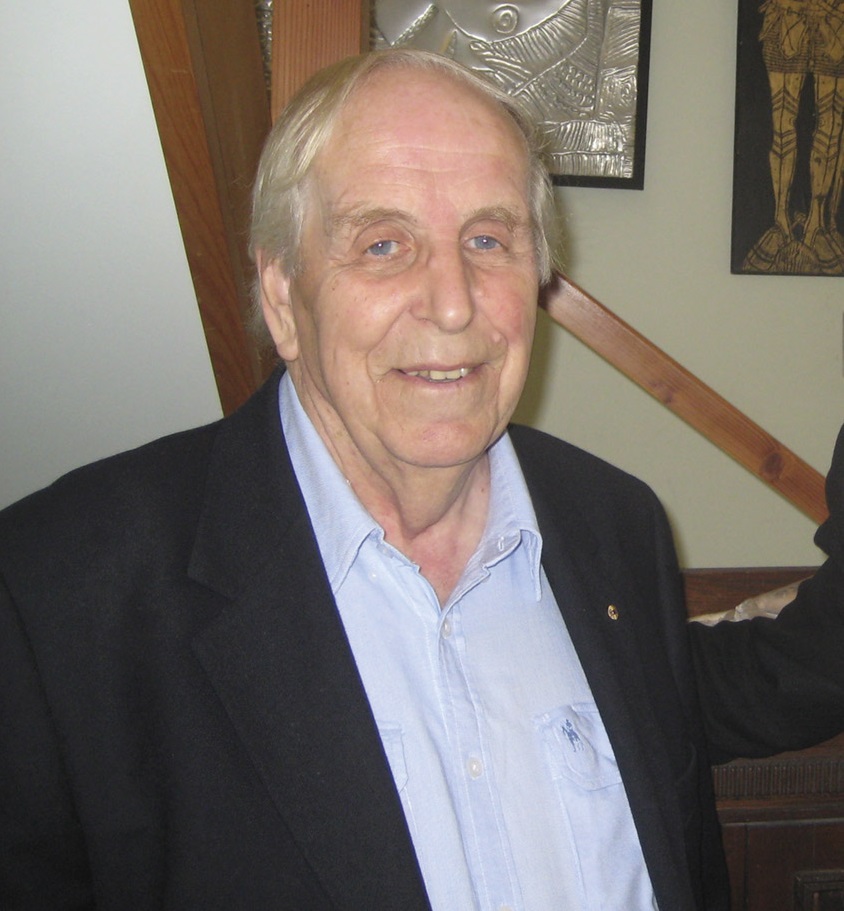 Roger Short was born Weybridge, Surrey. It was in his childhood that he started to develop his love of animals, his passion for learning and his powerful story-telling.

Talking about this period in an interview for ABC Radio’s ‘The Science Show’, he recalled “I spent every day of my life on my boat, with my little dog Sam sitting in the bow, drifting down the river. It was an absolutely fantastic childhood. That gave me a love of wildlife and I got very interested in fish. I found that I was rather good because I could get up at dawn and go spinning in the Thames and catch these great big pike which no one else could catch. I thought, ‘I don’t want to kill them, I want to put them back. But I want to show somebody that I’ve caught them.’ So I gill-tagged them and, at the age of 16, I wrote my first paper, a letter to The Field magazine on the growth and movement of pike in the Thames, by capture and recapture of my tagged pike.”

He subsequently authored over 400 scientific publications!

Roger’s academic education began at the University of Bristol where he studied veterinary medicine. He was awarded a Fulbright Fellowship to the University of Wisconsin, where he graduated with a Masters in genetics. His PhD followed in 1958, supervised by Thaddeus Mann at the University of Cambridge. Here he met his first wife, Mary. They became parents to Nick, Fiona, Clare and Kim. Roger continued his work in Cambridge as a lecturer then reader, and as a member of the Unit of Reproductive Physiology and Biochemistry. He was awarded a Doctor of Science in 1969.

Roger’s research spanned 60 years and an incredible breadth of topics, from elephants to AIDS, from marsupials to mules and from condoms to camels, including the first camel–llama hybrid, Rama the Cama. Roger was the first person to isolate and measure progesterone; he published this research in his first paper in Nature in 1956. He also initiated work on embryonic diapause in badgers and roe deer, and supervised projects on horse and elephant reproduction.

His mind was ever-curious and always thinking of the next big idea, tackling the ‘big picture’ questions and letting those who followed fill in the detail. Whilst working in Cambridge, Roger realised that controlling human population growth was critical to wildlife conservation – triggering the next phase of his career on human reproduction. He coined a phrase on conservation action: “if you are only talking it, it’s conversation”.

Roger was the recipient of many honours and awards, including the Society for Endocrinology Medal in 1970. In 1972, he moved to Edinburgh to establish the MRC Unit of Reproductive Biology, which he directed for ten years. During this period, he was also an Honorary Professor at Edinburgh University. He was elected a Fellow of the Royal Society in 1974. In 1982, Roger moved to Australia to take up a Personal Chair in Reproductive Biology at Monash University in Melbourne. He married his second wife Marilyn in Canberra, and they had two daughters, Tam and Kirsty.

In Melbourne, Roger’s creativity and innovative thinking continued. He patented melatonin’s use to treat jet lag; he worked on HIV/AIDS and was a member of the World Health Organization AIDS Taskforce; with his wife Marilyn, he studied the contraceptive effects of breastfeeding. He was a tireless campaigner for limiting world population growth (despite somewhat ironically having six children of his own).

In the 1970s, Roger co-authored a series of textbooks with Bunny Austin entitled Reproduction in Mammals, which remain classics in the field. However, his favourite book was Ever Since Adam and Eve, co-authored with Malcolm Potts. It sold over a million copies and was translated into Spanish, Italian, Korean and Chinese.

Instead of retiring when he left Monash University in 1995, he became Wexler Professorial Fellow at the University of Melbourne, continuing to share his passion for teaching and learning. He initiated a ‘Teach the Teacher’ programme for final year medical students to lecture final year education students on puberty, contraception and abortion.

Roger Short AM FRSE FRS FAA was a great scholar, researcher, teacher, mentor and raconteur. He will be missed, not only by his family and for his extensive research output, but also for his friendship and the twinkle in his eye. He is survived by his second wife, Professor Marilyn Renfree AO FRS FAA, and family in the UK and Australia.